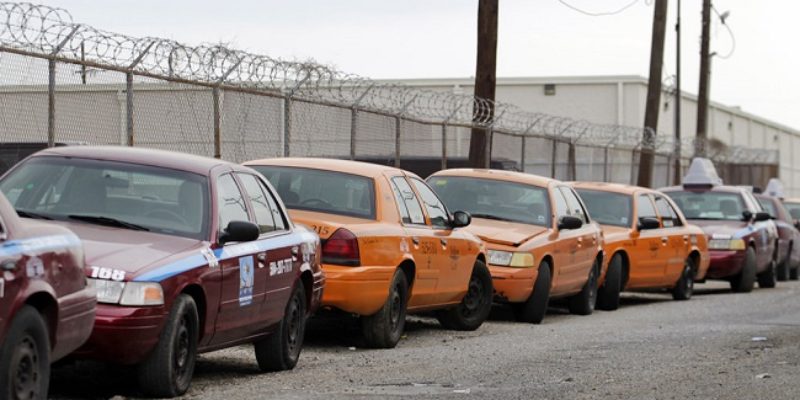 New Orleans cabbies have a Mardi Gras treat for tourists and locals who get too drunk. They’re trying to make it harder to get a ride in the city.

The cabbies have filed a suit to stop Uber X from operating in the city because they don’t have a chauffeur’s license. In other words, they want to be protected from competition by their betters.

As they head into one of busiest weekends of the year, New Orleans cabbies are seeking to sideline UberX drivers with a lawsuit saying they should be blocked from picking up passengers because they don’t meet the requirements of state law.

The Civil District Court suit is being brought by two dozen cab drivers against 10 specific UberX drivers, but it could lay the groundwork for a wider-reaching ruling aimed at undercutting the city ordinance allowing the ride-hailing service to operate in New Orleans.

Cab drivers fought unsuccessfully last year to block Uber from entering the market with its UberX service, which allows drivers without special licenses or equipment to pick up passengers in their personal vehicles.

The City Council and Mayor Mitch Landrieu approved an ordinance allowing UberX in New Orleans in April. But the suit alleges that state law prohibits motorists from picking up fares unless they have a chauffeur’s license or commercial driver’s license from the state.

The suit seeks an injunction prohibiting UberX drivers from working unless they have such a license.

The solution to this actually easy. The Louisiana Legislature should pass a law in the upcoming regular session to remove the requirement to have a chauffeur’s license or commercial driver’s license from the state.

What the cabbies want is to be insulated from their competition. The courts and the Louisiana Legislature should just say no to that.

Interested in more news from Louisiana? We've got you covered! See More Louisiana News
Previous Article This Ben Carson Thing Is Embarrassing For Him
Next Article Here Is Where A Pro-Rape Blogger Is Holding A Meeting In New Orleans This Weekend