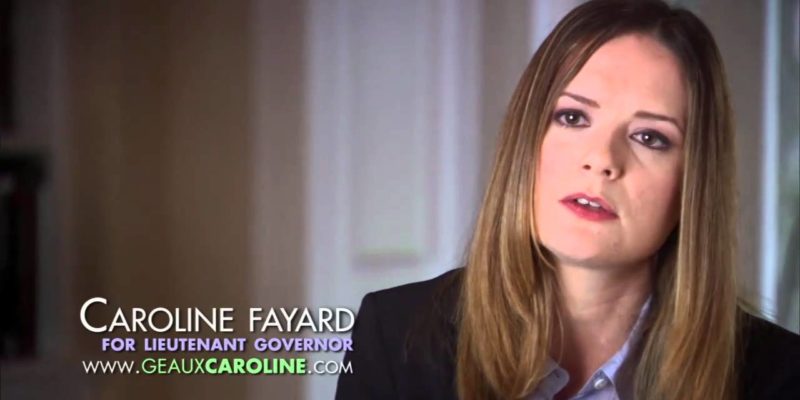 Earlier this week, President Obama announced his plans for closing the prison in Guantanamo Bay, Cuba and relocating the terrorists held there into the U.S. and some foreign countries. The prisoners held there were captured mostly in Afghanistan in the early days of the U.S. invasion of that country after 9/11.

Leading Democrat Senate candidate Caroline Fayard has yet to take a stand on this. This shouldn’t really be a surprise.

However, the Charles Boustany campaign has opened up a salvo on Fayard on the issue. Here’s the press release they sent out, blasting Obama’s plan and Fayard.

The Boustany for Senate campaign publicly called for Caroline Fayard, Democratic candidate for the United States Senate in Louisiana, to take a position defending Louisiana families from President Obama’s destructive and dangerous plan to resettle terrorists from the Guantanamo Bay military prison to locations within the United States.

Campaign Manager Michael Hare said: “If Caroline Fayard won’t stand up to protect Louisiana families now, how will she stand up for them in the United States Senate? President Obama is hell-bent on bringing hardened terrorists to our backyard, but Caroline Fayard hasn’t said a word about it. Dr. Boustany will continue to stand up to protect Louisiana families from President Obama’s dangerous terrorist resettlement plan. He won’t let President Obama put families at risk just to allow the President to fulfill an eight-year-old campaign promise.”

Boustany appeared on Talk 107.3 Baton Rouge this morning with hosts Bill Profita and Kevin Gallagher to denounce the President’s plan. Boustany said: “If the President tries to close Guantanamo Bay, he will be in direct violation of the law. I won’t stand for that. Congress makes law, not the President, and we will not allow him to put American families at risk.”

Democratic candidates for the Senate across the country are running away from the President’s dangerous plan. Democratic candidate Catherine Cortez Masto, running for Senate in Nevada, said: “I cannot support President Obama’s plan to close the Guantanamo Bay detention camp that could lead to detainees – including the mastermind behind the 9/11 terrorist attacks – being transferred to American soil… The safety of the American people comes before partisan politics.” Democratic Senator Michael Bennet, running for reelection in Colorado, said: “The Department of Defense has no authority to transfer these prisoners or make such modifications and they have made no case that it makes sense to do so.”

Does Fayard support President Obama on this? Does she want to keep Guantanamo Bay open? Or does she want to repurpose the prison to hold the Republicans she hates as opposed to terrorists?

The people of Louisiana want to know Caroline.