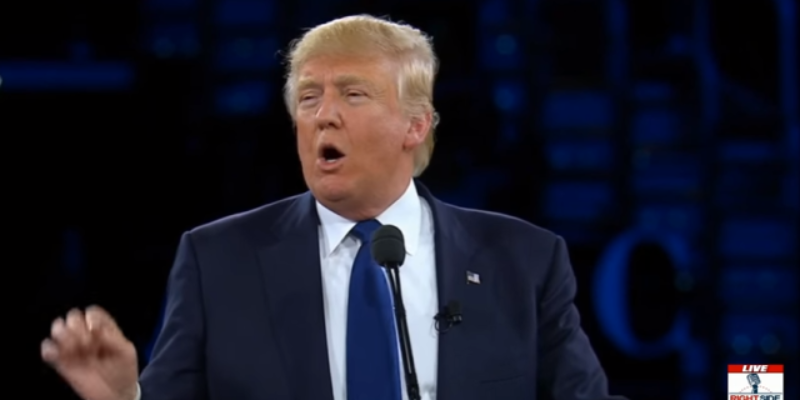 If you follow the Lafayette Parish Republican Executive Committee on Facebook, you might have noticed something: About 99% of their posts are all promoting Donald Trump in some way or another. And, while Donald Trump did win Lafayette Parish in the primary on March 5th, he only won by three points – 41% to Ted Cruz’s 38% – and did not win a clear majority of voters (a combined 59% voted against Trump).

The PEC is a group of 14 elected (nine districts and five at-large) officials who are supposed to lead the Republican Party’s efforts in the parish. This is not going to be a post detailing why Donald Trump is not a fit for the Republican Party, in Lafayette or elsewhere, but rather a post from a resident of Lafayette Parish, and a constituent of the PEC, making a simple request to the PEC.

Either come out and publicly endorse Donald Trump for president, or stop using your Facebook page to campaign for him.

You can’t say that they aren’t de facto endorsing Trump when they have posted links to other sites tearing down Ted Cruz or other candidates. Do all 14 members share the sentiments of the folks who run the Facebook page? If they do, they should come out and formally announce that they have endorsed Donald Trump to be our Republican nominee. If they don’t, they need to stop posting on Facebook as if they have endorsed him.

A Google search brings up absolutely no news articles saying they have made such an endorsement already, yet their public page, which is followed by more than 1,900 people, would lead you to believe they have fully embraced him.

The PEC needs to do its constituents a favor and say they endorse the candidate. Hold a public meeting where one of the items on the agenda is making a public endorsement of a candidate, take the vote, and if Trump wins that vote, then make it official. That’s all you have to do. But, until you do, stop using your public Facebook page to campaign for something the parish overwhelmingly rejected in the primary.