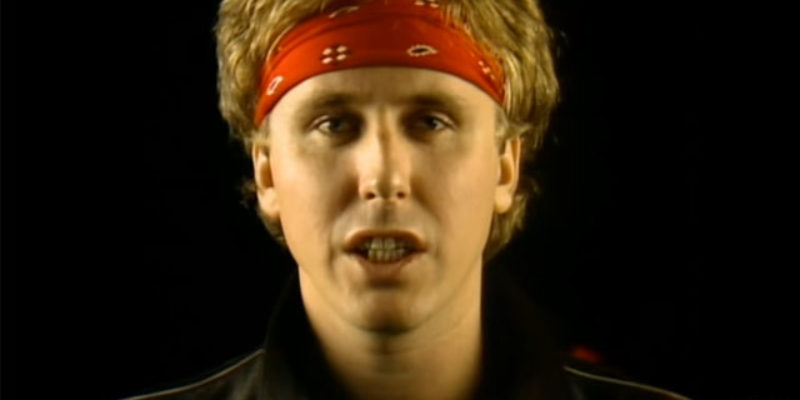 We should have some theme music for this. It deserves some.

By now, our readers know the story of the Heidi Cruz-Melania Trump thing. In case you don’t, the long and short of it is that Liz Mair, who runs an independent Super PAC called Make America Awesome, ran a web ad targeted to Mormon women in Utah on Facebook that looked like this…

The point being that Mormons are a bit more reserved with respect to the display of skin than the rest of us.

Mair’s ad was a bit of provocation designed to get more earned media than paid media, and that it certainly did. Particularly when Donald Trump went absolutely ballistic on Twitter about it after he got annihilated by Ted Cruz in Utah…

Trump’s tweet was taken down, but somebody retweeted it beforehand and Trump retweeted the retweet. To which Ted Cruz, who to this point hadn’t been involved (and he hadn’t; Ted Cruz and Liz Mair have ZERO relationship – Mair is one of those pro-choice, social liberal Republicans who can’t stand Cruz and the only reason she would end up in something like Cruz’ camp is that Trump is the alternative), jumped in with an admonition of his own…

Pic of your wife not from us. Donald, if you try to attack Heidi, you're more of a coward than I thought. #classless https://t.co/0QpKSnjgnE

What “dirt” is there on Cruz’ wife? Well, she was found sitting on the side of a street in Austin in 2005 with her head in her hands, distraught; she had been dealing with a bout of depression following her having given up a job in the Bush administration to move to Texas to be with her husband as he was the solicitor general in that state and the transition put her in a dark place. That, plus she spent some time as the managing director of Goldman Sachs’ Houston office after Cruz ran and won for the Senate.

Cruz decided to reference a line from Michael Douglas in The American President in retaliation against Trump, saying that Heidi was “out of your league.” This is the scene Cruz made famous again…

Douglas’ character is a leftist, so while a reference to him is fun it might not be the best idea for a Republican candidate. That said, Cruz is something unusual in Republican politics; he’s culturally literate. This is a party which thinks of Sarah Palin and Phil Robertson as TV stars; a potential nominee who is able to call up theatrics from Hollywood is unusual.

So naturally the Trump propaganda sites went ballistic about how Cruz “stole” the Michael Douglas line from The American President as though there was something untoward about a cultural reference.

There are various Trump propaganda sites on the internet which are also floating stories about Heidi Cruz to the extent that she was a former call girl, something so insanely irresponsible one can only conclude it’s satire, or that her bout with depression was the result of abuse from her husband. Why anyone would feel it worthwhile to publish material like that is a question; what good does that do? A spike of traffic, once? At the cost of your site’s credibility forever?

In any event, nobody can control that. But then Trump actually retweeted this…

Really? This is what the GOP primary comes down to?

This is the kind of depth from which you can’t return. There is zero purpose served by something like that.

Heidi Cruz went on TV Wednesday and said that may of the things Trump says are “not based in reality,” which you can see here…

Heidi Cruz responds to Donald Trump’s tweet about her: "Many of the things others say are not based in reality" https://t.co/0aH1XSLQ1Z

…and perhaps that’s what set Trump off to retweet that atrocious image.

Here’s the thing. We’re talking about electing a president here. We’re talking about the leader of the free world. Are we really going to give that job to somebody who, in the midst of a dumb controversy Liz Mair started about Melania Trump’s career as a nude model – she worked for a modeling agency that Trump himself owned, for Chrissake! – would sink to this level?

You might believe that Cruz started this. We see things like that on social media. Ted Cruz has nothing to do with Liz Mair, and Ted Cruz has never attacked anybody’s wife before – the attacking of wives is something Trump has done; he did it to Jeb Bush’s wife.

And now, amid something that has escalated to a level at which the Republican Party could literally be torn apart, Trump goes and retweets a picture which basically says that Heidi Cruz is ugly and that he doesn’t need to say anything else…this is a low in internecine politics we’ve never seen before.

This isn’t defensible. Even if you believe Cruz started it, you have to see this and admit that Trump has disgraced himself.

Or if nothing else you have to recognize that by going down to this level Trump has made himself radioactive to a large enough segment of the Republican electorate that even if he can make his way to 1,237 delegates he cannot mobilize enough Republican support to win the general election.

It is to say that should Trump fail to get to 1,237 delegates before the convention in Cleveland and the Republican Party were to decide on another candidate (namely, Cruz, whose delegates will actually stick with him beyond the first ballot unlike Trump’s) as the nominee, he has nobody to blame but himself for having alienated people who cannot accept this kind of behavior on their behalf.

Or, in the alternative, it is to say that should Trump be the nominee and get annihilated in November largely because a sizable swath of the Republican electorate either stays home or votes for a third-party candidate rather than pulling the lever for him, that will be his fault and nobody else’s.

Not the “Republican establishment.” We all know the GOP establishment deserves whatever punishment can be meted out to it for its demonstrated contempt for the American people. But that’s not the issue here. Trump has had the opportunity to make himself palatable to the Establishment, who’s willing to make a deal with just about anybody, and rank-and-file GOP voters. Instead, he’s made an ass of himself.

And his short-fingered jihad against Heidi Cruz on Wednesday shows that he can’t be the savior of the Republican Party.

If Trump is the nominee, forget the whole thing. He’s unsupportable. He’s made the Clintons look dignified.

Let’s have some more theme music, shall we?

And just a little extra…