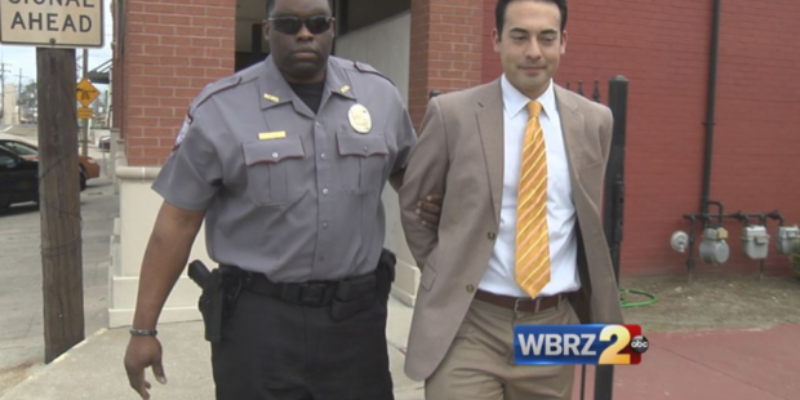 This happened yesterday, and it’s truly bizarre. WBRZ-TV reporter Chris Nakamoto, who does some of the best investigative work in Louisiana media, was in the Iberville Parish burg of White Castle attempting to get to the bottom of a controversy over the salary of Mayor Jermarr Williams; specifically…

Previously, WBRZ and WBRZ.com have reported documents obtained by the Investigative Unit indicated that during the week of April 6 until April 19, 2015, Mayor Jermarr Williams earned $20.31 per hour. That’s about $40,000 per year. Later, from November 16 thru the 29th, check registers indicated his salary increased to $24.44; about $51,000. That hourly rate equates to almost a 20 percent raise. WBRZ is told any increase to the mayor’s salary needs to be done by ordinance and the records request was set to show when an ordinance was approved by city council members for the new salary.

Nakamoto had made a public records request to the city of White Castle asking what Williams’ actual salary is. Yesterday he showed up at City Hall in White Castle to check on the status of that request.

Turns out they’re not as friendly in White Castle, Louisiana as they are at White Castle burger restaurants across the country. Nakamoto found himself in handcuffs and led away by police. He was charged with violating LA Rev Stat § 14:63, which is the state’s criminal trespassing statute. The police report accused Nakamoto of “remaining after being forbidden.”

The link, in case the video won’t load…

Police detained Chris Nakamoto WBRZ Wednesday while he was looking into questions about the White Castle mayor's salary.STORY: http://www.wbrz.com/news/leaders-avoid-questions-nakamoto-escorted-away-in-handcuffs-given-summons

Something tells us he’ll beat the rap. Something also tells us Williams’ salary in White Castle is going to be smoked out for public view by somebody at this point, whether it’s Nakamoto or Louisiana’s new Attorney General Jeff Landry.

Exit question: is there something in the water on the West Bank of the Mississippi around Baton Rouge that every mayor there has to come off like a mob boss? One would have expected better behavior after The Deedy Slaughter Experience.

Interested in more news from Louisiana? We've got you covered! See More Louisiana News
Previous Article IT’S OVER: The Moment The #NeverTrump Thing Solidified Like A Rock
Next Article VIDEO: Cruz Is Going After Trump In New York