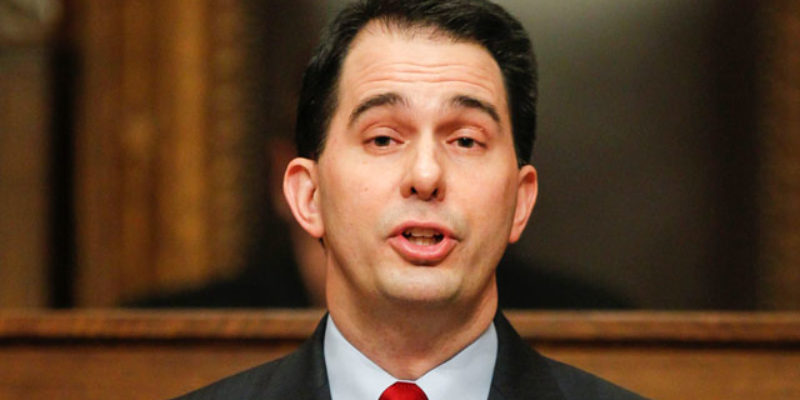 It’s starting to become apparent that Ted Cruz is going to win Wisconsin.

The latest poll from that state had Cruz leading Donald Trump 36-31, and the whole state is apparently abuzz over the ugly beatdown Trump suffered at the hands of Milwaukee talk host Charlie Sykes in an interview yesterday morning.

Now, today’s events. Scott Walker is Mr. Republican in that state and he just made what might be the only endorsement that could matter in that primary. Also on Sykes’ show.

Instead of echoing others in saying he supports Cruz as a way to block Republican front-runner Donald Trump from becoming president, Walker said he fundamentally believes the Texas senator is a constitutional conservative who has shown he is not afraid to take on the big government special interests.

Trump was prepared for the endorsement of course, and tweeted some customary sour grapes…

After the way I beat Gov. Scott Walker (and Jeb, Rand, Marco and all others) in the Presidential Primaries, no way he would ever endorse me!

Walker’s approval rating in Wisconsin isn’t the greatest, but that comes mostly from Democrats and Independents who don’t like his fiscal conservatism and stand against public employee unions. Republicans like him just fine.

We’ll see whether he can deliver the state for Cruz. If he can, he’s likely to end up on a list of potential cabinet appointees if the Texas senator should win.