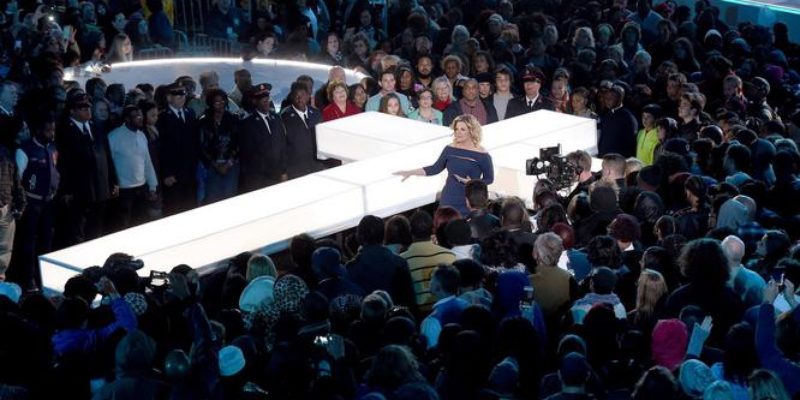 Following the airing of FOX’s “Tyler Perry’s The Passion Live,” which was filmed in New Orleans, the Advocate published a report today that singles out the Christian TV special as costing “Louisiana taxpayers up to $3 million,” while ignoring what other productions are costing.

The TV special featured Bible verses, an array of New Orleanians, an electrified crucifix and a procession of the cross in homage to Good Friday and Easter Sunday.

The Advocate’s report found that because of the state’s up to 30 percent film tax credit for all productions, The Passion TV special could potentially cost taxpayers millions.

What the report fails to mention are any of the other productions that have and are expected to cost taxpayers money because of the film tax credits, which are largely popular among the entertainment industry.

These are the productions taking place this year just in New Orleans that will also receive tax credits:

Just last year, the popular FOX show “Scream Queens” wrapped up production in New Orleans, along with the award-winning and Oscar-nominated film “The Big Short.”

The Passion received rave reviews from some critics and mixed reviews from others. Within the last week, the production has been the talk of the town in New Orleans.

Interested in more news from Louisiana? We've got you covered! See More Louisiana News
Previous Article KENNEDY: How To Stop Medicaid Fraud
Next Article And Now, The Old-School Politicos Are Rushing To Johnny Jones’ Defense…