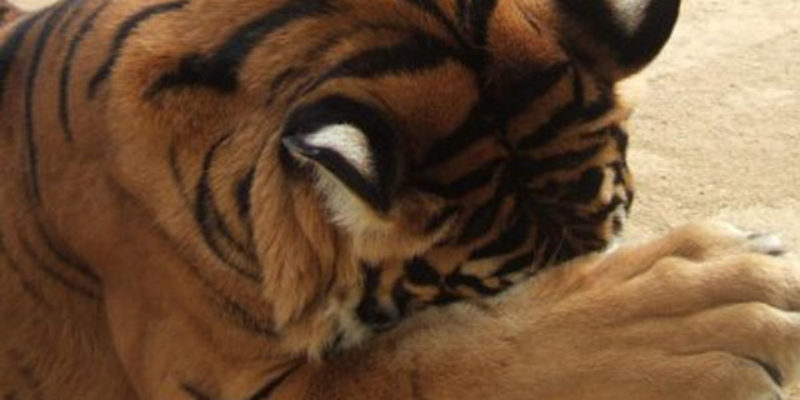 …and old-school politico Jim Engster is fulfilling the role as spokesman.

LSU has been a national laughingstock over the fact that in the fourth year of its basketball coach’s tenure, the team he’d been building toward from the day he arrived on campus lost 14 games and didn’t even make a postseason tournament (LSU announced that they had declined an NIT bid, but did so before one had been extended – so there is no proof they actually merited a postseason invitation).

As such, Ben Simmons, who is no longer with the program or a student at LSU, has a chance to be the first top pick in the NBA Draft since the 1970’s not to play in the NCAA Tournament. LSU finished its last game with Simmons on the roster scoring a national season-low 38 points in an SEC Tournament loss to Texas A&M. That ended a 19-14 season for a team picked in the Top 25 at the beginning of the campaign.

Simmons is leaving, Keith Hornsby – LSU’s most consistently effective player outside of Simmons – and Josh Gray have both used up their eligibility and the word is both Tim Quarterman and Antonio Blakeney will be leaving for pro basketball as well. That leaves only one starter, forward Craig Victor, and one backup who has been effective in guard Jalyn Patterson, to go with a suspect collection of bench players (guard Brandon Sampson had a terrible freshman season but appears to have some potential) and a nondescript recruiting class to staff a team next year which will not be ranked in the preseason.

And with not having done anything of quality with Simmons, Jones cannot expect to ever recruit a highly-rated player to LSU again. That’s finished. He’s going to have to rely on coaching strategy and player development to get improvement out of this program, and he’s demonstrated scant evidence he’s capable of either at a winning level.

If there is an argument to make against any of these points we’ve yet to see it.

Instead, here’s the argument Engster gives at Tiger Rag for Jones to stick around…

One of the most asinine suggestions in recent days is the call by more than a few blowhards to fire LSU basketball coach Johnny Jones. Athletic Director Joe Alleva would be justified in sacking women’s coach Nikki Fargas, but Jones is a different story. Based on his four-year record at his alma mater, Jones warrants a contract extension, not a firing squad.

Yes, Nikki Fargas should have been fired a week ago. No one argues with this. But Engster actually wants to encumber LSU for a larger buyout of Jones, not just to keep him around.

And the leverage for a contract extension is…what, exactly? You give a coach a contract extension in order to keep a competitor from hiring him away – the extension means his buyout is more costly and he’s less attractive to hire. Who is trying to hire Johnny Jones now? And why is Engster trying to spend LSU’s money when it isn’t necessary and we’re constantly hearing from the university’s management that LSU is broke?

Jones and Co. performed below expectations in the one-year Ben Simmons Era, but Jones has completed his first four years as head coach at LSU with a better record in his initial four seasons than any of his predecessors since the SEC began play in 1932. Take a look.

Following is a graph which compares Jones to a collection of LSU coaches from ancient times, none of which has any bearing on today, and then gets to a more current group worth measuring him against.

Jones is 40-32 in four years in SEC play, having made only one NCAA tournament and one NIT, and only having had one NIT victory in that time span.

He succeeded Trent Johnson, who in his first four years was 25-39 in SEC play but made one NCAA tournament and won a game, and one NIT – that in his last year, making Jones the only coach in LSU history to take over a team coming off a postseason tournament. Johnson also won an SEC regular-season title in his first year, which Jones hasn’t done.

Before Johnson was John Brady, who was 20-44 in SEC play in his first four years after taking over a losing program hit with such dire NCAA probation that it had to play with less than 10 scholarship players for two of those four years. And in those first four years Brady made one NCAA tournament and won two games in it – that being the Stromile Swift-led Sweet Sixteen team in his third year which also won a share of the conference regular-season title.

But having convinced you that Jones is better than Johnson, Brady, Brown, Press Maravich or Jay McCreary, Engster continues…

The reality is that LSU, with the exception of the Dale Brown peak from 1978 to 1993, has not been a consistent basketball power since Bob Pettit left the University in 1954.

Well, no kidding. The reality is also that LSU has one of the 10 most lucrative athletic departments in the country, and therefore has no excuse for being a mediocre program. Would he have us just wallow in mediocrity when the whole college basketball world is laughing about the lack of achievement with Simmons on the roster?

Engster follows with a litany of history indicating that outside of Brown’s run from the late 1970’s to the early 1990’s LSU Basketball has been generally terrible. As if we didn’t know that, and as if that wasn’t evidence proving the necessity of finding a coach who signifies a major upgrade to the program. Then he presents us with this…

If LSU fans are anticipating the same kind of monolithic success in basketball as in football and baseball, they should stop dreaming of the impossible. LSU is not situated to be the power on the court that the Tigers are in other marquee sports. The best that patrons should expect is an exciting brand of play with periods of excellence.

Comparing resources, the Brown years from 1978-93 defied the odds as much as John Wooden’s span of ten NCAA championships at UCLA from 1964-75. Brown and LSU boasted the best program in the SEC for a 16-year span in a league that is dominated by Kentucky and includes an array of other competitive schools.

What Brown did in basketball at LSU during his prime was akin to Mississippi State, Vanderbilt, South Carolina or Arkansas suddenly becoming the best football program in the SEC for a decade and a half. Those four schools have captured a total of one SEC football title in 214 years of collective competition in the league. They are never going to outpace Alabama in a 16-year period. Brown defied the odds, and each of his successors has been measured by his peak seasons.

Jones was a player and coach with Brown for the last 17 years of Daddy Dale’s reign. Nobody knows the lay of the land better than the swift guard who was called “Bullet” during his playing years. The Jones’ nickname sums up the LSU basketball program. An occasional speeding bullet to the top of the league will happen only on occasion with a talented coach like Jones. Otherwise, LSU could face the plight of TCU, which went 8-64 in conference competition the past four seasons under previous Bengal basketball boss Trent Johnson.

It’s “impossible” for LSU to be a consistent tournament team and a contender for the SEC championship? Why? Does Louisiana not produce a decent share of college hoop talent? Is Baton Rouge and the area around it a basketball desert which can’t compete with, say, the area around Spokane, Washington where Gonzaga is located? Is the LSU brand less attractive than that of, say, Northern Iowa, Cal, Dayton, Iowa State or Hawaii? Is LSU’s basketball history less sellable than, say, Miami – which didn’t even have a men’s basketball team from 1971-1985?

Does LSU’s basketball budget not measure up to that of Seton Hall, Stephen F. Austin, Providence College, Colorado, St. Joseph’s or Butler?

The idea that LSU’s basketball fans – or more to the point its athletic leadership, who are well-paid to pursue championships in every sport, much less the one which is the largest revenue-generator of all save for football – should meekly accept laughingstock status because Johnny Jones is plugged into the old-boy network which Engster himself demonstrates has created a legacy of meager achievement…is indefensible.

But that’s just the perspective of an “asinine blowhard.” Forgive us for demanding that LSU actually make an effort at excellence.

Interested in more news from Louisiana? We've got you covered! See More Louisiana News
Previous Article The Advocate Singles Out Christian TV Special For Costing Louisiana Taxpayers, Ignores These Film Productions
Next Article Here’s What The Losers At Kasich HQ Say Is the Reason He Won’t Get Out Of The GOP Presidential Race