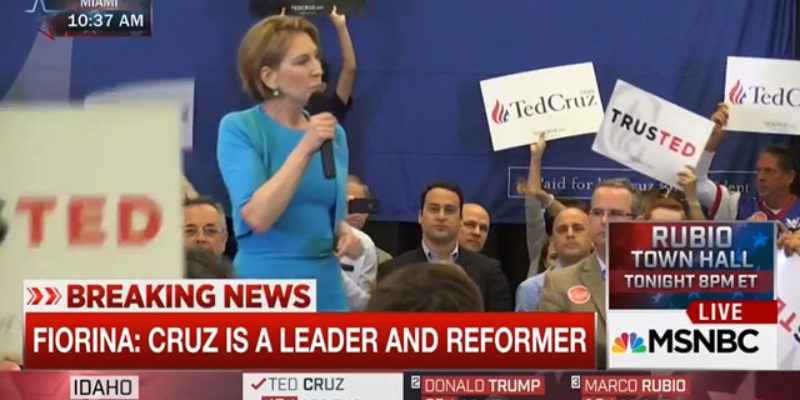 It’s an awfully passionate speech placing Fiorina in the constitutional-conservative camp, and perhaps it signifies a bit of a consolidation of the Republican Party behind Cruz now that Marco Rubio and John Kasich simply don’t have a path to win the nomination.

Fiorina, Donald Trump, Cruz and Ben Carson were the anti-establishment candidates in the race, and Fiorina and Carson were winnowed out of the field. Interestingly, at this point nearly all of the more establishment-friendly candidates have been winnowed out, and Rubio and Kasich are only still in it because of sheer stubbornness (and it’s questionable whether either will survive more than another week).

Now Fiorina has chosen Cruz over Trump. Carson might go the other way. And in the middle is the GOP establishment, whose candidates have all fallen by the wayside. We are beginning to see trickles of the establishment making its peace with the idea of Cruz as the nominee.