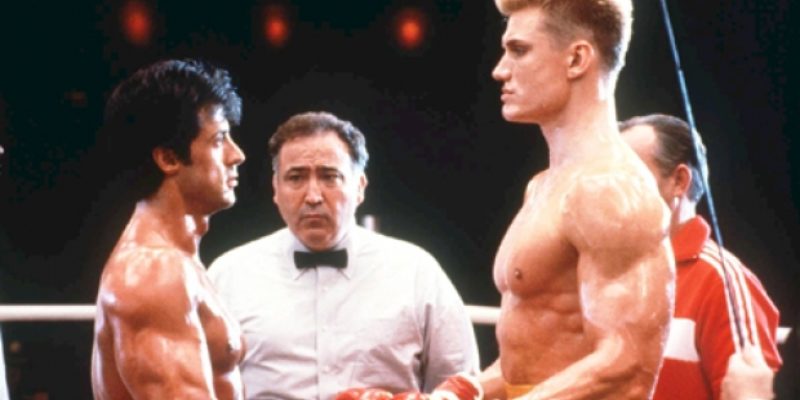 This weekend started off as a rainy one.

The gloomy weather, along with my need for some down time to recover from an illness, left our family largely homebound for a few days. I came across “Rocky IV” while channel surfing, and instantly knew it was time for my three young boys to learn some important lessons about hard work, toughness and unwavering patriotism from the “Italian Stallion” himself.

My eagerness to watch “Rocky” together surely came to no surprise to my kids, who have grown accustomed to my attempts to entertain and educate them with lessons from the ‘70s and ‘80s.

They learned about the tradition of LSU football in part by watching old VCR tapes of moments like Dalton Hilliard taking a handoff from Alan Risher and racing down the left sideline for a touchdown against Florida State on “the night the oranges flew.” They were taught some family values from “Swiss Family Robinson” and they have laughed their way through a few Judy Blume books.

The movie “Hoosiers” showed them that underdogs can always find a way to win no matter the odds if they believe in themselves and “Schoolhouse Rock” has helped shape their understanding of important topics like government, electricity and money.

As they get older, for better or worse, they know “Dad” is likely to use more messages from the past to get a point across. One day, they may hear a well-timed reference to parachute pants to help them avoid a fashion faux pas, or see a video of President Reagan asking Gorbachev to “tear down this wall” to inspire them to vote for American strength the first time they pull the lever.

But I digress…that will all come in good time. For now, let’s get back to “Rocky IV.”

In the 1985 film, Rocky travels to Russia to fight against Ivan Drago in order to avenge the death of his good friend Apollo Creed. Though Drago is bigger and stronger, Rocky eventually tires out his opponent enough to overtake him and win over the crowd. It is a familiar tactic for Rocky throughout the film series:  get beat up for 99 percent of the fight only to come roaring back to an uplifting victory in the final round.

While watching, I couldn’t help thinking how much Rocky’s strategy is similar in many ways to the one used today by Louisiana’s fiscal conservatives.

Fiscal conservatism in Louisiana is on the ropes, just as Rocky often found himself.

The loudest voices in the crowd today chant for more government, more taxes and more regulations. They smell a long-sought knockout of conservative fiscal policies in the air and are worked up in an absolute lather to will their side to victory. Their game plan is multi-faceted and they are landing blows at a furious pace in a variety of ways throughout these early rounds.

A constant drumbeat of media narratives that mock and discredit any voice of dissent to the crowd lands body blow after body blow. More nimble footwork is required for fiscal conservatives to avoid the occasional haymakers landed through the onslaught of various bully pulpits. While the knockout blow has been avoided, the fight is definitely a one-sided affair thus far.

Over the last two legislative sessions, more than 20 tax proposals have become law to raise over $2 billion in new taxes. All the while, there has not been much serious consideration of any significant structural reforms to government spending, entitlements, local subsidies, duplicative boards and commissions, or budgetary dedications. Arguments for an approach that prioritizes economic growth are at best ignored, and at worst, unfairly attacked as intentionally disingenuous. The tale of the tape is not good and the scorecard is lopsided.

The fiscal special session is done and the general session has officially begun, leading us to the middle rounds of the fight. This is an opportunity for fiscal conservatives to mount a substantive resistance by focusing on important spending and budget reforms that can contribute to a more stable government. Taxes dominated the early part of this fight, but spending and budget policies should now be the main event.

The irony is that fiscal conservatives can be found in every political party and are growing in number throughout our state. Despite this fact, they have taken their licks of late and some are even thinking of throwing in the towel.

These are the types of moments when Rocky was at his best. Cue the cheesy ‘80s music. Zoom in on that eye of the tiger and wait for the one liner to be uttered that triggers the monumental comeback. Find that inner, unstoppable strength and lay it all on the line.

The tide will turn at some point and the fiscal conservative underdogs will eventually get back in this fight. Perhaps the comeback begins this session…perhaps it comes in one of the later rounds. Either way, I suggest you tune in to find out what happens next. Thankfully, as we all know, the good guys always win in the end.