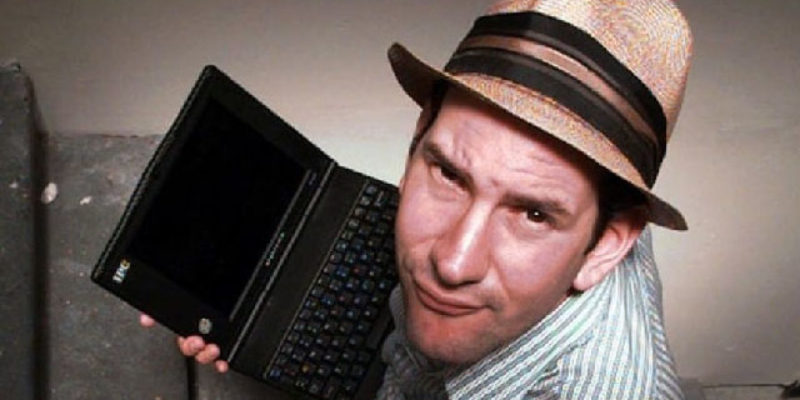 Matt Drudge is a new media pioneer who has remained one of the most important figures in the web-based news realm by forcing the established media to cover stories that they’d prefer to ignore or bury.

As a worldwide recognized news platform, the Drudge Report attracts countless tips from highly placed sources allowing him to break news faster than most outlets.

But just as important as getting out fresh news stories is Drudge’s role as a news clearinghouse.  His basic laid out web page loads quickly and carries news links to about fifty or so articles and relevant commentary on political gossip, celebrity meltdowns, and natural disasters.

If the Book of Revelations were to play out in our lifetime, you can bet it would be first chronicled on Drudge Report.

Starting in the late nineties, logging on to Drudge Report in the morning replaced “scanning of the newspaper” for millions of people for getting a basic summary what’s happening in the world.

Why spend twenty bucks a month and a half-hour’s worth of time flipping through a traditional newspaper to get caught up on yesterday’s world events when you could peruse real time news in a matter of minutes with the only expense being exposure to three small banner ads on his web page?

I have/had a great respect for how Matt Drudge has individually held the Fourth Estate accountable for their malpractice by providing end around sources of credible information for the public.  Drudge alone has also probably caused the Clinton and Obama Administrations more headaches than the RNC.

Unfortunately, as of late Drudge has lived in the gutter with discarded old newspapers in his coverage of the past two Republican presidential cycles.

At the time I wondered if Drudge was merely playing sides in the race and doing his best to pump up the candidate who the party establishment believed was the only hope the GOP had in turning Obama out of office.  Or maybe, Romney had sent Drudge’s pet cat a neat Christmas present.

Another theory I pondered while sifting through the dump of links to news stories on the site that either adulated Romney or tore down Santorum was that Drudge didn’t care for evangelical-friendly Republicans.

Having grown weary of his site’s constant belligerence to Republicans who were challenging Romney, I quit logging on to Drudge.  The website was not necessarily dead to me; it was just in a coma until the nomination fight was settled.

Now at the midpoint in the 2016 Republican presidential nomination battle, Matt Drudge has returned to his old/bad form, once again targeting a candidate from the evangelical Christian wing of the Republican Party.

Drudge Report has transmogrified into a Trump fan boy site, amplifying the billionaire’s bluster and spreading his misinformation and paranoia through sensationalist headlines that link to news stories that are over a year old or clickbaity partisan “news” sites that are closely identified with Trump.

Drudge has posted outright distortions about Ted Cruz’s candidacy and has promulgated the falsehood that the public was shut out of Republican delegate selection in Colorado when in fact over 60,000 people participated in delegate caucuses across the state.  By comparison, Hawaii- a caucus state that Trump won, had less than 16,000 people participate in their contest, yet without a word of protest from either Trump or Drudge.

Drudge knows better but is determined to literally cause a riot within the GOP for Trump’s benefit by providing inordinate coverage to the grievances of crank Trump supporters who accept as gospel whatever their idol tweets.

For example, some guy in a Make America Great Again hat burning his party registration card on youtube is not headline news nor is it a trend playing out large scale.

Matt Drudge has engaged in the same kind of unprofessional behavior as the jaundiced mainstream media outlets that he’s criticized. Drudge has transitioned from journalist to advocate, or put another way Drudge is the tail feverishly trying to wag the dog.

If Drudge can’t help engineer Trump the GOP nomination, he seems willing to settle for tossing gasoline on the Republican Party’s funeral pyre, as a national party and what’s left of the America we once knew goes up in the conflagration of Trump’s bonfire of vanity.

The reclusive fedora-wearing iconoclast has deliberately wrecked his own credibility and that of a website that had redefined American politics and journalism all in the cause of trying to elevate an egomaniac to the presidency.

I can’t say friendship with leading Trump cheerleader Ann Coulter – heck, even Coulter has begun expressing doubts about Trump’s worth, recently calling him “mental” over his attacks on Heidi Cruz – is worth that price.