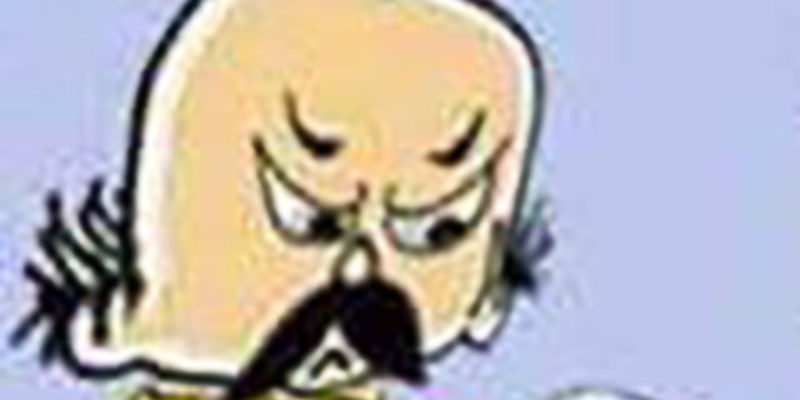 We have transgender bathrooms. Because there certainly aren’t any foreseeable problems with them. 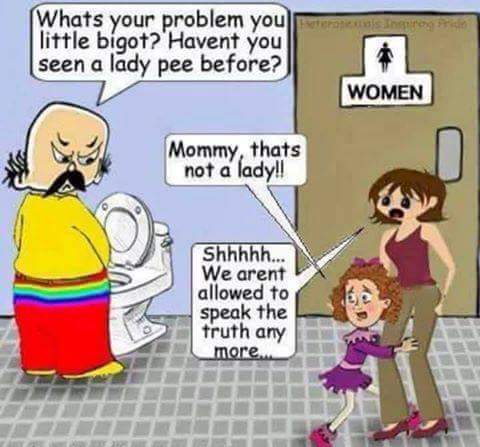 This is obviously brought on by the fights now going on in states like North Carolina, which is being threatened with economic terrorism by the likes of PayPal and a number of banks, who are purporting to pull investments of jobs and capital out of the state in retaliation for passing a law that, among other things, makes women’s bathrooms for women and men’s bathrooms for men.

Somehow that’s controversial. Most of us are puzzled by why – your sex is determined by the plumbing you were born with, and while you might well “identify” as something else, that’s your problem.

It’s not “discrimination” against the “transgendered” for the state, or the society it represents, to tell men who want to be women that until they’re women they don’t have a right to use the ladies’ room. Go get that surgery done and then you can make a case for yourself.

And this isn’t a practical issue in real life. If you happen to be one of the tortured souls attempting to change your God-given identity into something else, and you’re committed enough to it to pass as that other identity, nobody is going to call the cops on you for using the bathroom appropriate to what you think you are.

What’s interesting about this mess is, where are the feminists? The transgender crowd, all six of them, are a direct affront to feminism. The existence of people who might be biologically male but insist they have the brains of women absolutely flies in the face of feminist theory, which holds there are no differences between men and women and therefore no differences in how the sexes are treated can be acceptable.

Both concepts cannot survive alongside each other.

And further, feminists have held themselves out as the defenders and representatives of the female sex in toto. Well, the meme above represents how a great many women – if not a majority – feel about the idea of transgender bathrooms. Do feminists now wish to lecture women that they’re wrong to feel this way? Or will they defend women for having those feelings?

In a way, given the damage feminists have done to our culture – what they’ve done to the institution of marriage, what they’ve done to the relationship men and women have in the workplace, particularly in the past 10 years, what they’ve done to institutions like the military, on college campuses – one can’t help but feel a bit of glee at the rise of the “transgender” movement. The patent insanity of this new wave – what’s next, the “transperson rights” movement, which says that if my particular mental illness informs me I am Caligula I must be treated accordingly? – and the Left’s insistence on the acceptance of each new cultural aggression it dreams up has washed over some of the Left’s key constituencies in much the same way it washes over the rest of us, and that’s enjoyable.

It’s enjoyable to see self-absorbed “civil rights” activists in the black community who, having largely won their important battles and are struggling to maintain an identity on the Left’s vanguard, are now apoplectic at their mantle being claimed by the gay rights crowd. It’s enjoyable to see militant feminists on the defense against the transgender gang, acceptance of whom calls the very existence of feminist theory into question.

The revolution begins to eat itself. The society it has grievously wounded prays these people finish each other off.