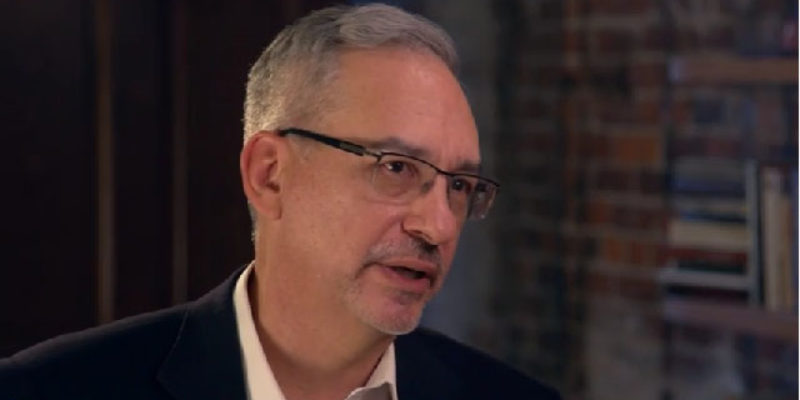 This is part of a fascinating hour-long interview ReasonTV’s Nick Gillespie did with Barnett this week, in which Barnett outlines the existence of two radically different and competing concepts of the Constitution – the Republican Constitution, which is aptly named not so much because it’s the concept believed in by Republicans but because it’s also a small-“r” republican ideal that this is a nation of laws rather than of men and the Constitution must be interpreted as it was laid down, and the Democratic Constitution, which is the concept of the Democratic Party but also the idea that the Constitution is a “living” document capable of being interpreted however a majority of people want to interpret it at a given time.

And within that construct that Barnett lays down in the full interview, Garland’s nomination is discussed. Barnett’s view is if you’re going to have Garland on the court to replace Antonin Scalia you’re no longer going to have even a sometime majority for the Republican Constitution, in which federal agencies are told that certain actions are an overreach against rights and powers of the states or of individuals; Garland’s judicial philosophy is essentially that of deference to the federal government in nearly all cases, taking us back to the latter days of the New Deal when government was free to expand as it saw fit.

And Barnett says given that, the voters ought to have a right to litigate this issue. Do they want to have five justices on the Supreme Court who subscribe, however feebly in the case of Anthony Kennedy and, to a lesser extent John Roberts, to a Republican Constitution? Or do they return a majority to practitioners of the Democratic Constitution and remove the shackles to federal power completely? There is no duty for the Republican Senate majority to tackle this question by confirming or denying Garland without input from the voters.

We’ve said all along that while Barnett isn’t the wild-eyed leftist that Elaina Kagan or Sonya Sotomayor are, he’s certainly not a fit replacement for Scalia in terms of the Court’s current makeup. If the Democrats win the election in November and Hillary Clinton is to be the president-elect, then the Republican Senate can confirm Garland in a lame-duck session. But if the president-elect is a Ted Cruz, for example, there should be no discussion of Garland as the next justice on the Court; Scalia’s seat must be filled with a proponent of the Republican Constitution Scalia was so stalwart in espousing.

The clip is only three minutes, and it’s a great articulation of why the Senate should hold its ground.