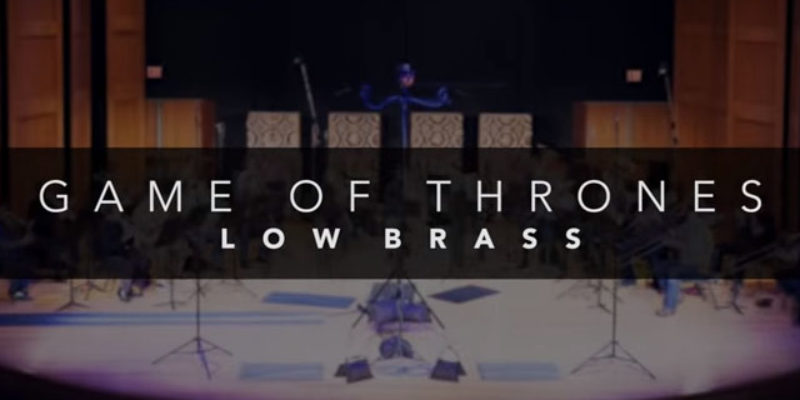 Sure, this is somethin’ a little different than we usually do, but it’s awesome enough that you’ll like it.

Everybody likes Game of Thrones, right? Show’s so hot right now that HBO is even doin’ a talk show analyzin’ the actual show. That’s honestly a thing.

No, I got no idea what a cimbasso is. We don’t have those where I live. We struggle to find a good kazoo. And lemme tell ya, you can’t do justice to the Game of Thrones theme song on a kazoo. Trust me on that. Or don’t, and I can prove it to you.