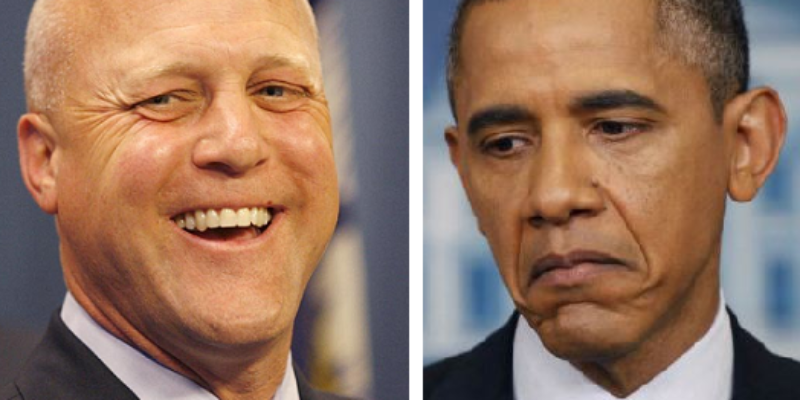 The Hayride reported last week how two pieces of legislation in the Louisiana legislature are aimed at turning the tides of New Orleans and Lafayette Parish being sanctuary cities for illegal immigrants to congregate in.

The purported mandate arises out of a Consent Decree entered into by the DOJ and New Orleans on July 24, 2012.

“I am perplexed by the implication that the U.S. Department of Justice would require – through a federal Consent Decree – any city or law enforcement authority or officer to not cooperate with federal authorities,” wrote Landry in his letter to the DOJ. “Nor, can I believe that a Federal Court would approve language in any Consent Decree that would force a municipality or its law enforcement agency or officials to knowingly and intentionally violate unambiguous federal law.”

Landry requested prompt answers as to if the DOJ reviewed, approved, and required New Orleans to adopt sanctuary policies and how the USDOJ could authorize such defilement of federal law.

Landry has repeatedly noted the encouragement of sanctuary cities increases costs to the taxpayers.

“Sanctuary policies undermine justice and the rule of law,” Landry wrote in his letter. “They jeopardize public safety and have a burdensome financial toll on government. Sanctuary policies encourage further illegal immigration, undermine anti-terrorism efforts, and promote an underground economy that sabotages the tax base.”

“They also waste much-needed public resources as they force the federal government to find and arrest deportable criminals already taken into custody by local law enforcement.”

“The citizens of our State and those who travel here from across the world deserve a Louisiana where government officials are not actively undermining the rule of law,” added Landry. “As Louisiana’s chief legal officer, I will continue to ensure that the Constitution is upheld and that no one is above the law.”

The two pieces of legislation flew out of the House Judiciary Committee and will now be voted on in the full House and State Senate.

Interested in more national news? We've got you covered! See More National News
Previous Article How About A Low-Brass Game Of Thrones Theme Cover?
Next Article Seven Reasons Why Ted Cruz Just Picked Carly Fiorina As His Prospective VP Should He Win The Nomination