A columnist at the uber left-wing Lafayette publication ‘The Independent’ essentially deemed State Senator Beth Mizell (R-Franklinton) as a white supremacist, smearing her for proposing legislation that would protect all historical monuments in the state from being removed.

The piece by Walter Pierce starts with a photo of Mizell ingrained into New Orleans’ Battle of Liberty Place monument which once represented white supremacy, but has since been modified to reflect the opposite viewpoint. 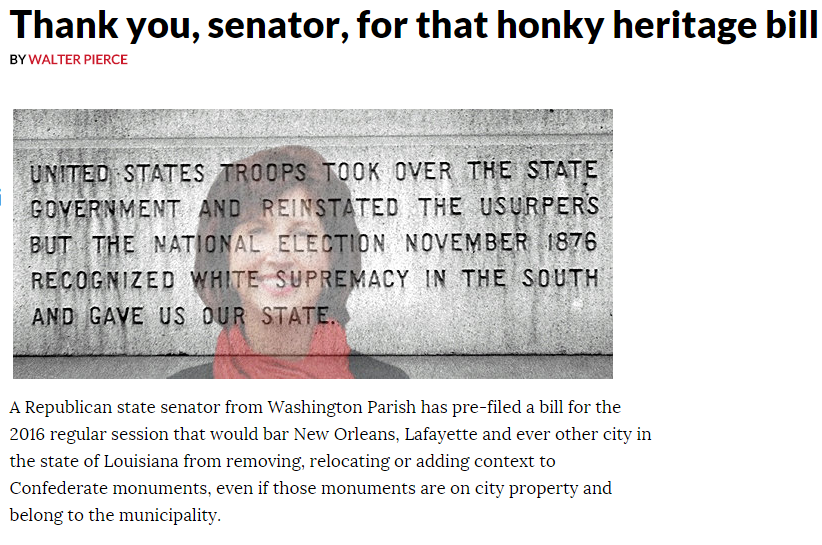 While continuing the trash Mizell’s legislation, the column calls her “That white lady” and claims the legislation is “her white heritage bill.” 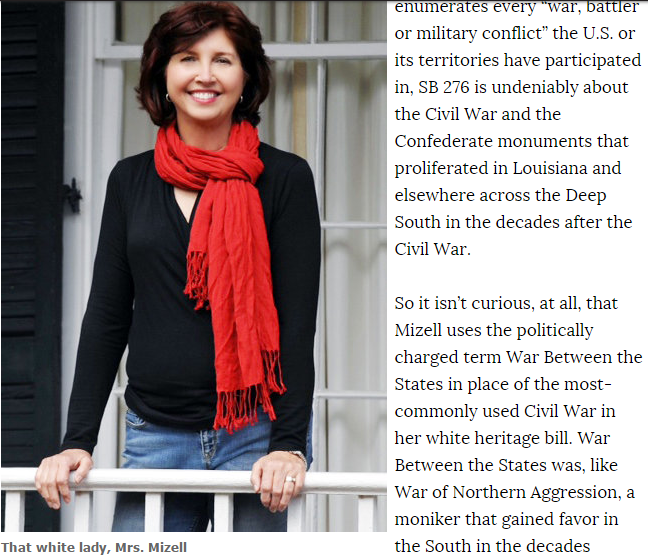 The column comes as Mizell’s legislation was oddly placed into the State Senate Education Committee, something the Hayride exclusively reported on, which does not deal with historical preservation.

Coincidentally, the committee is made up of mostly democrats and is chaired by State Sen. Karen Carter Peterson (D-New Orleans), one of the most liberal politicians in the state legislature and a close ally to New Orleans Mayor Mitch Landrieu.

Due to the majority of Democrats on the committee, Mizell’s legislation is expected to die.