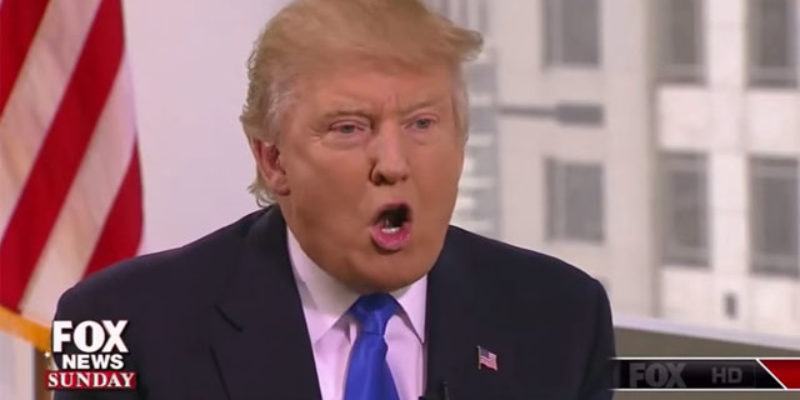 Here’s something interesting we found from back in 2012… 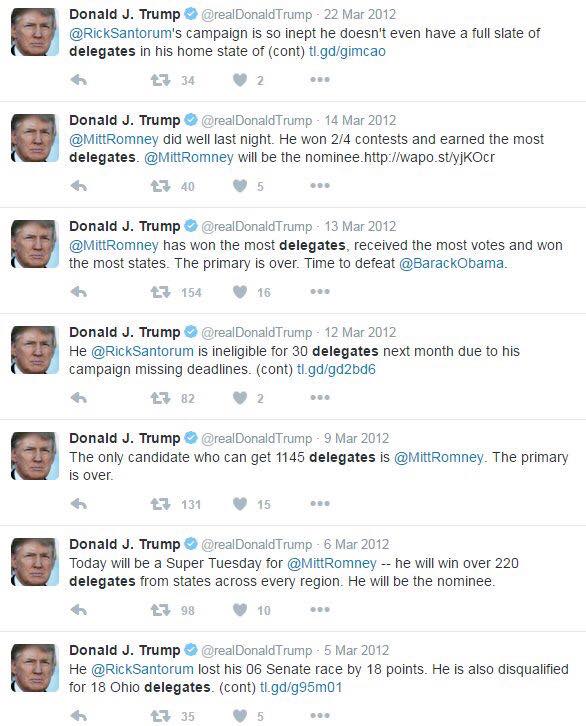 It’s interesting that Trump should have been so strident about the ineptness of the Santorum campaign in filing delegates, given that Trump last week found out he wouldn’t have a slate of delegates in Washington state because he’d missed the deadline for one, and when his campaign attempted to remedy that with a mass e-mail it mistakenly sent the blast to recipients in Washington, DC rather than Seattle, Tacoma and Spokane.

That, and then over the weekend his inept team was unable to present a slate of delegates in Colorado and ended up getting slaughtered by Ted Cruz in that state’s delegate caucus. Which followed on news from South Carolina, Virginia, Iowa, Indiana and a few other states in which Trump completely failed to achieve the most basic feat of political organization – getting people who voted for you to represent you at political meetings.

Trump talks about how he’s at the head of a political movement, and yet in almost every state he’s abjectly failing to get that movement to elect Trump supporters as delegates to the GOP convention. Hell, he couldn’t even get his kids to register as Republicans in time to vote for him in New York.

He’s finding out this stuff is harder than it looks from the outside.

And you can whine along with Trump about how Cruz is “stealing” his delegates. But you must accept two things as true if you want to do that.

First, what Cruz is doing in “stealing” Trump’s delegates is WITHIN THE RULES TRUMP’S CAMPAIGN AGREED TO. In Colorado, for example, the rules the state party agreed to were set last year before Trump even got into the race. There were multiple opportunities to have changed those rules and Trump did not suggest any changes. Neither he nor his campaign have yet pointed out potential rules problems when he had a chance to effect any changes to them, largely because his campaign never had a clue what the rules even are. They’ve recently hired Paul Manafort in an effort to fix that ineptitude, though Manafort seems more like a mob consigliere than a rules expert – and more importantly Cruz has had his rules experts and delegate organizers in place for six months or more. That’s what a campaign organized to win does.

And second, if you don’t know how to work the rules of the Republican convention to your advantage, how on earth are you going to be an effective president of the United States? How on earth are you going to reform the regulatory and welfare states, or pass legislation through Congress, or work effectively with foreign governments or NATO or the UN, if you can’t even organize a delegate operation that insures your delegate slate matches your popular vote?

Four years ago Trump gleefully lambasted Santorum for his lack of organizational sophistication. It turns out Trump is even worse at it than the man he made fun of in 2012.