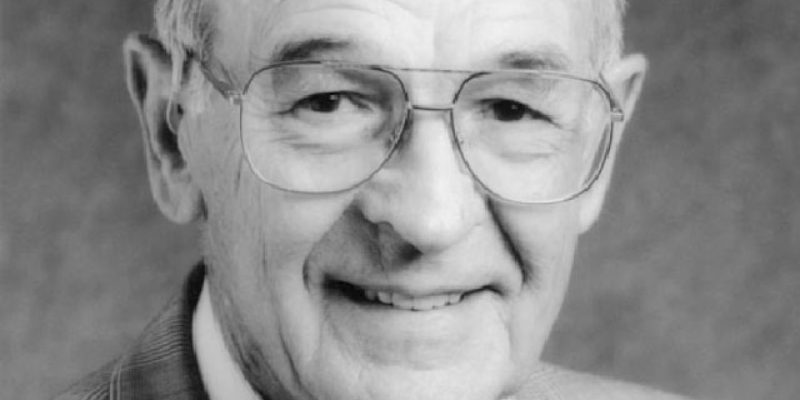 While his name may seem unfamiliar to some; he was well known to many in the arena of Louisiana politics and his contributions to our state for several decades were plentiful and impactful.

As the executive director of the Public Affairs Research Council (PAR) from 1954-1975, he identified and proposed reforms to improve Louisiana’s government and economy long before it was common to do so. From being an outspoken critic of uncompetitive taxes, to addressing the societal impact of gambling and working with former Gov. John McKeithen to help design Louisiana’s first ethics code, Steimel’s impact during this tenure is wide ranging.

In 1975, he helped develop and eventually led as president, a new organization called the Louisiana Association of Business and Industry (LABI). In only the first year of the group’s existence, Steimel and the founding members of LABI successfully pushed to make Louisiana a “right-to-work” state thereby giving workers the freedom to pursue jobs and benefits without being forced to join a union. It was during this year that his high-profile clashes with then AFL-CIO Union President Victor Bussie dominated the Louisiana political environment, making news not only for the stark distinction in their positions but also the professional manner in which they interacted with each other during these battles. Steimel’s 13 years as president of LABI includes noteworthy efforts to limit the reach of governmental mandates and taxes in the private sector, demand accountability from government officials and improve the educational system for Louisiana students.

Upon stepping down as president of LABI, he would close out his professional years as a successful fundraiser for the LSU School of Engineering and remain a vocal advocate for reform policies.

His full answer back then was: “I think the most important thing I did was to work for the improvement of education, particularly public education. Education was, and still is, the most important thing I have ever done…and it was also probably my biggest failure. It just didn’t succeed. Public education has not improved as it should. We have to improve education and my belief is that ultimately we are going to have to go to the voucher or charter schools to force competition with the public education because competition is what has made this country great, and I think it will work in education. It works in colleges. Nobody has to go to LSU. Nobody has to go to Tulane. You can go in this state or any other state. What I think is we need a Bill of Rights in elementary and secondary education as we had for colleges and then I think we will solve the problem.”

He went on to say that,“ I think the biggest problem is that the education establishment itself that are so numerous, and as the student diminishes in numbers, the hierarchy goes up in numbers. That’s the problem. It is now an employment agency for people rather than an education agency for children.” (Watch the LPB interview here.)

The need for Louisiana to guard against uncompetitive taxation, push back against excessive governmental mandates and market regulations, and bring competition to our public education system are just a few hallmarks of an accomplished career had by a distinguished man.

While citing Louisiana’s tax burden in a 1986 column as a cause for its low employment base, he remained optimistic about our state’s future, saying, “Louisiana possesses such a richness in natural resources that it should clearly be one of the most attractive, competitive states in the nation for economic growth.”

To achieve this goal back then he fought for many of the same issues that remain our biggest challenges today. This reality is a clear justification for the visionary life work of this man, while at the same time, a sobering reminder of the hard work we have left to do for Louisiana to reach that long-sought potential.

Interested in more news from Louisiana? We've got you covered! See More Louisiana News
Previous Article Trump’s Twitter In 2012: Rick Santorum Has An Inept Delegate Operation
Next Article VIDEO: Did You See Rick Scott’s Revenge On That Loon Who Harassed Him At Starbucks?