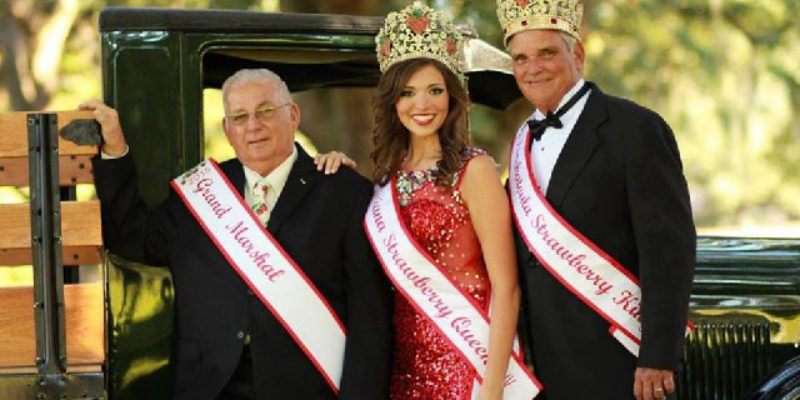 Formerly known as the Ponchatoula Strawberry Festival. But this year, the vendors will be preoccupied with something else besides food, fun and fellowship.

This year it’ll be pleasing the tax man. Because the Tax Man Cometh On Sunday.

We had this dropped in our inbox Friday. We thought it was fun… 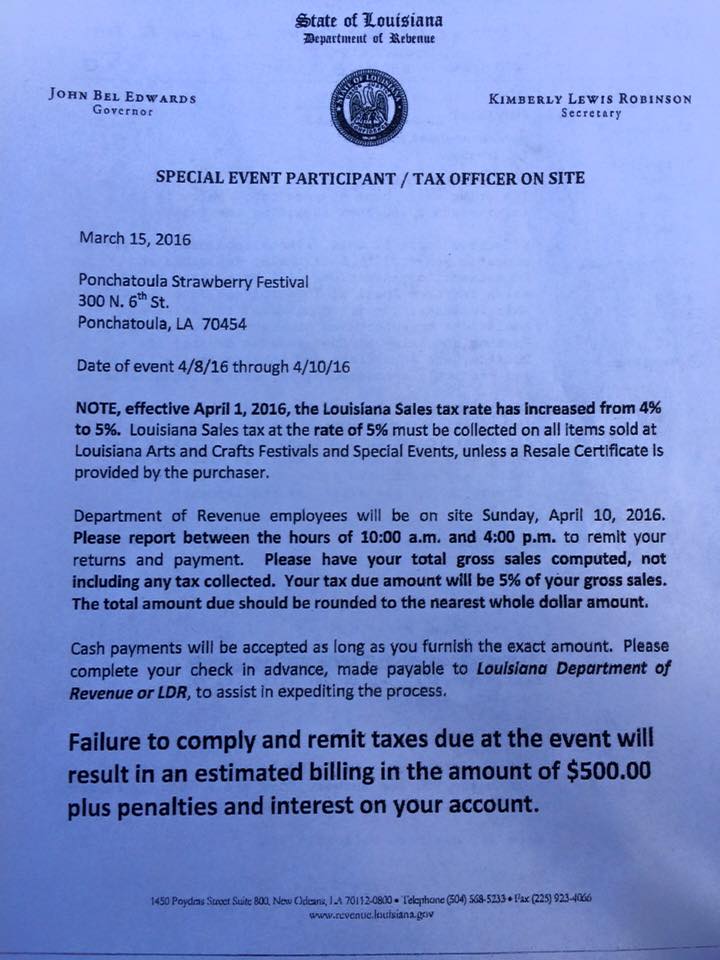 Can’t even get back to the office and drop a check in the mail. Nope – you’ve got to go see the revenue man on your way off the premises.

This is going to happen at every festival in Louisiana this spring and summer. It’s going to happen with church bake sales, high school football games – all the different impromptu semi-commercial activities where vendors have never had to deal with sales taxes before and might even be non-profits or otherwise tax-exempt entities are now going to be forced into accounting for sales taxes.

And they will be hot about it. Just wait.

Here’s the fun thing – with regular folks in Louisiana groaning not so much at the cost but the hassle of dealing with sales tax accounting, which you’ll see more and more of over the next couple of months, Edwards is already angling for another special session to raise taxes even more. As we noted yesterday, he’s holding the middle-class parents of TOPS scholarship recipients hostage to tax increases because he says he can’t fund the program on current tax revenues (sure he can; he just doesn’t want to).

And if Edwards gets his way and there’s a second special session which jacks up taxes even more, our sources in the Legislature tell us there is a very real possibility that we’ll come to the end of the calendar year with a sizable budget surplus. There are House members who, frustrated at what they see as suspiciously meager fiscal notes on the tax bills passed in last year’s special session, have run their own numbers and believe Louisiana’s budget might very well be close to balanced right now. Edwards is saying the budget is in a $750 million deficit but they think that is a complete underselling of the revenues raised in the special session.

Not to mention West Texas Intermediate crude oil closed at $39.72 yesterday, an indication that oil prices might be staggering back up to something that supports a thaw in Louisiana’s oil and gas sector. Don’t forget the estimate that for every dollar oil goes up or down it’s a $12 million effect on Louisiana’s budget situation. So if you peg oil at $30 and it’s actually at $40, you’ll have $120 million more to spend.

The point of all of this being that Edwards’ tax increases are inconveniencing all these people who will be greatly irritated at having to do government paperwork they haven’t before, and he’s going to be trying to get at even more money later this spring when the current session is over, and eight months from now it could well be that much of this caterwauling could turn out to have been wholly unnecessary.

What happens to Edwards then? Where is his approval rating? Does the underground movement to recall him spring to the surface?

Could be they might find some recruits for that recall at the Ponchatoula Sales Tax, er, Strawberry Festival.