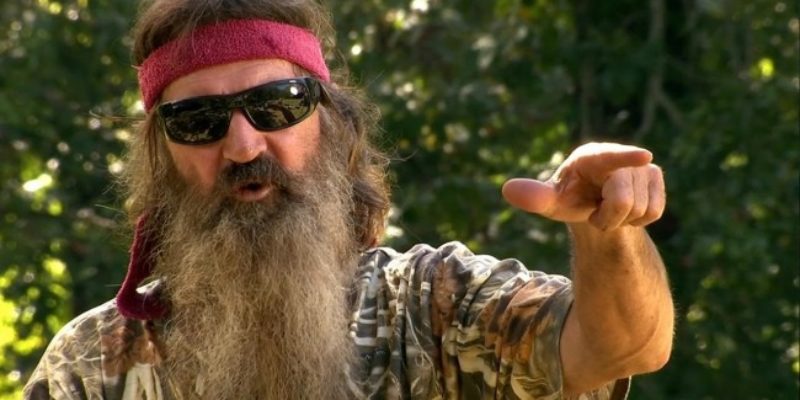 Robertson said “I’ll be enthusiastically behind him,” when asked by the Daily Mail about if he’d be supporting Trump, following his son Willie Robertson’s lead.

Trump responded to the endorsement, saying “Wow! Such a great honor to have Phil’s endorsement.”

“His son, Willie, has become a great friend of my son, Don,” said Trump. “What a great family.”

The endorsement comes after a new poll of Louisiana voters showed that Trump was easily beating Democratic front-runner Hillary Clinton across the state.

Among Republican, white Independents and white Democrats, Trump beats Clinton. The Democrat’s sole voting bloc in the state is the black community.

Interested in more national news? We've got you covered! See More National News
Previous Article Could Cruz Be Coming Back Into The Race?
Next Article Want To Hang Out With RedState In August? Here’s Your Chance.