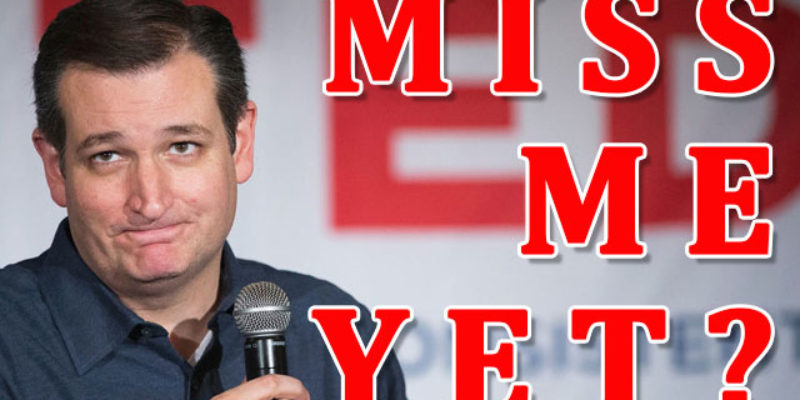 He certainly left the door open.

“We launched this campaign intending to win. The reason we suspended our campaign was that with the Indiana loss, I felt there was no path to victory,” he said Tuesday on Glenn Beck’s radio program.

“If that changes, we will certainly respond accordingly.”

Plus, Cruz ran away from the question about a Trump endorsement…

“This is a choice every voter is going to have to make. I would note, its not a choice we as a voters have to make today,” Cruz said when asked about supporting Trump.

It’s interesting, because were Cruz to come back in he would finally get the head-to-head race with Trump he’d been wanting all along – though it’s a bit late in the game. He’s lost some donors and some endorsements, of course, but on the other hand Trump hasn’t exactly distinguished himself as the presumptive nominee.

Apparently it’s up to the voters in Nebraska. Cruz won’t campaign there, but if they want to give him a victory anyway maybe he’ll get back in the race.

One thing is for sure – this is the worst-performing supposed nominee in Republican history. When Cruz and Kasich dropped out of the race Trump should have made it a priority to do everything he could to pull the party together and he couldn’t care less.

Well, this is what you get when that’s how you act. And if Cruz were to get back in the race as Trump’s tormentor, it ain’t like Trump can wonder what he did to deserve it.