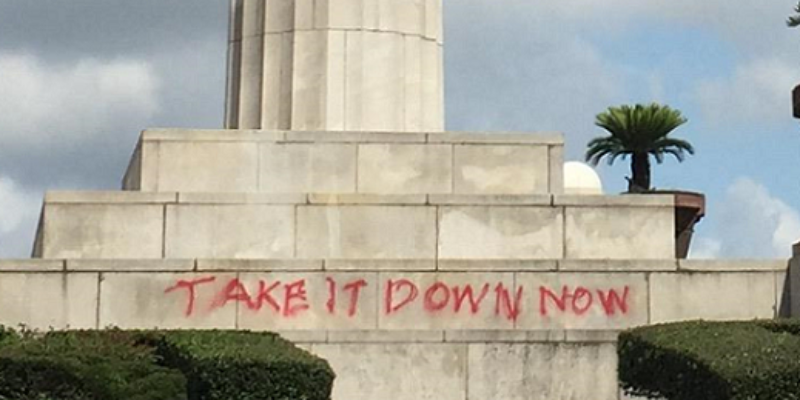 Vandals, who may or may not be with the anti-monuments group ‘Take Em Down Nola,’ painted across the bottom of Robert E Lee’s monument, writing “Take It Down Now.”

Take a look at the exclusive pictures here: 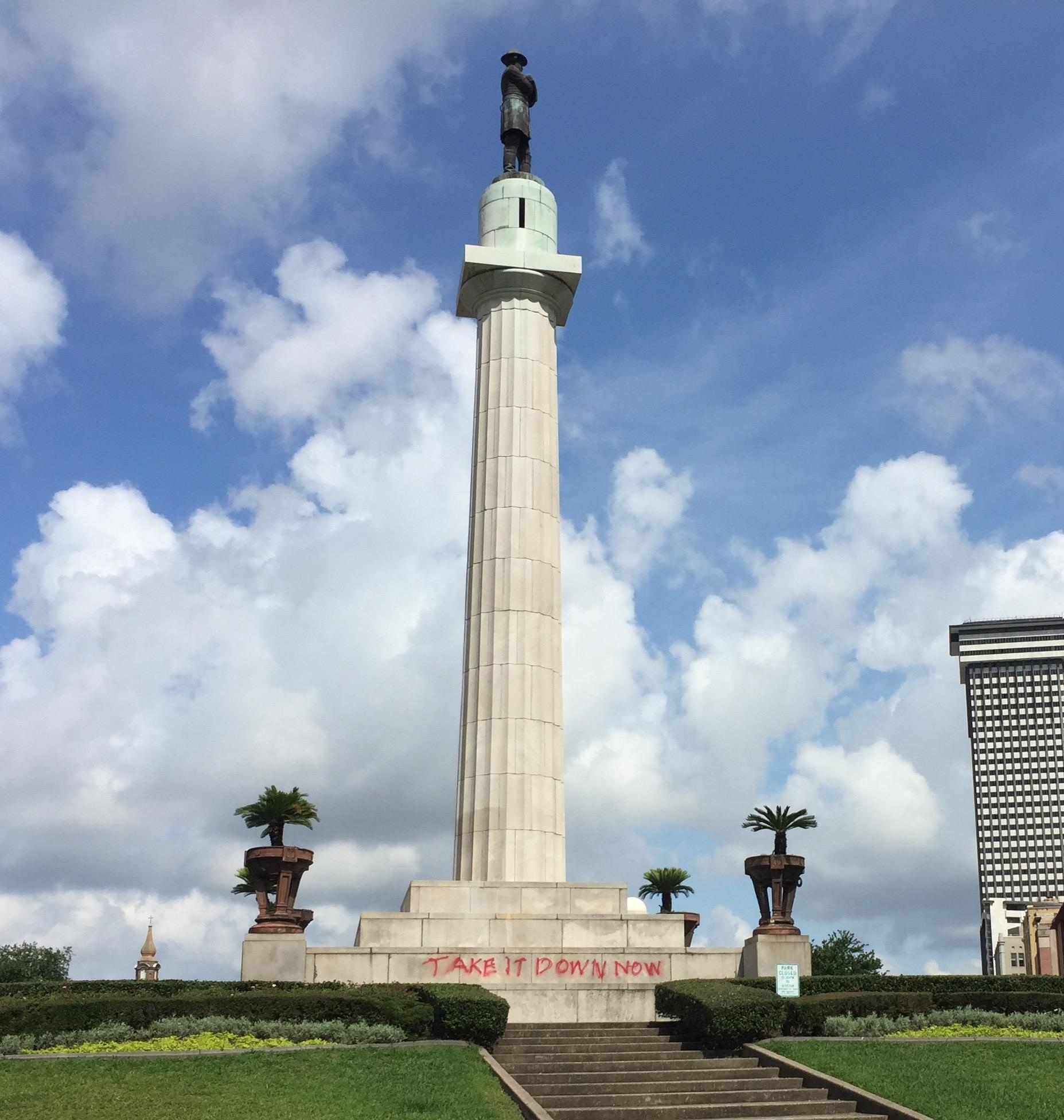 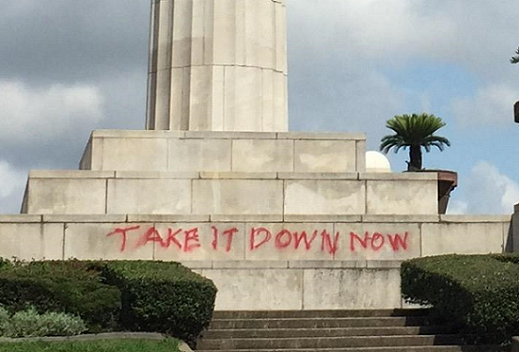 The Hayride reported yesterday how Landrieu’s spokesman Hayne Rainey made claims yesterday in a statement to WWL-TV which blamed the delay on monument removal on pro-monument supporters who he alluded to as being violent and threatening.

Those claims, however, are entirely unsubstantiated.

The group Take Em Down Nola, though, has a history of vandalizing historical monuments throughout the city.

Members with the group were previously caught on camera pouring fake blood all over monuments and defacing them in front of a rally, exclusively reported by the Hayride.

At the time, the New Orleans Police Department (NOPD) said they were unaware of the vandalism, even though the individuals were identified in the video footage.