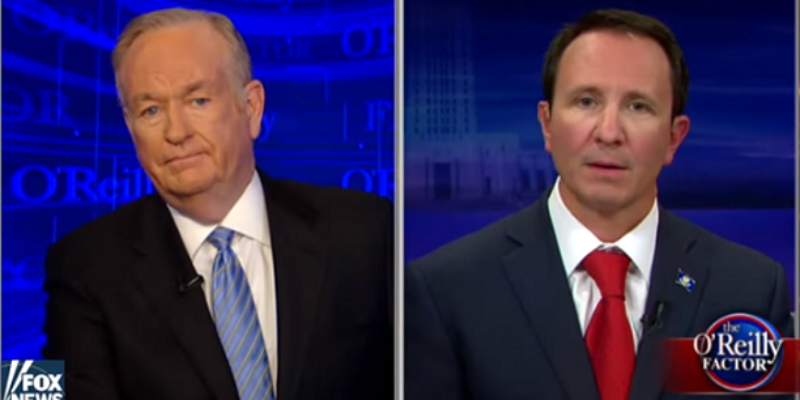 Louisiana Attorney General Jeff Landry took to Fox News’ ‘The O’Reilly Factor’ to take down the sanctuary city policies that plague the city of New Orleans and Lafayette Parish.

“If we’re able to pass [the sanctuary city ban], what would happen is, those public officials who are gaining in sanctuary city policies would have a choice,” said Landry. “They either would protect illegals in their city or they would risk the loss of those funds and they’re citizens would get mad at them.”

Landry explained that in New Orleans, the city would suffer dramatically if it continued being a sanctuary city should the legislation be signed into law, saying that they have access to tens of millions of dollars in state funds.

Just yesterday, the Hayride reported how a slew of opposition in the state Senate to the sanctuary cities ban is attempting to gut the legislation to make sure it is rendered ineffective if it does become law.

Check out the interview here: