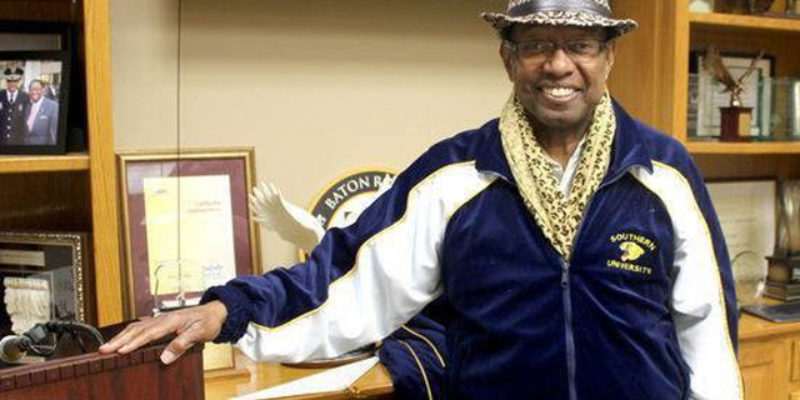 He’s going to be taking on Cedric Richmond in the 2nd District.

Baton Rouge Mayor Kip Holden has formally announced his candidacy for the 2nd Congressional House of Representatives seat this morning.

“I’m offering myself today as a candidate for Congress in Louisiana’s second district,” Holden said.

Holden first announced his interest in the seat two months ago, saying at the time that he was 90% certain he would run for the seat, but wanted to talk things over with friends and family.

Holden is term-limited and barred from running for the mayor’s office for a fourth time in the fall.

The Scotlandville Democrat has worked his way up the political ladder, serving on the Metro Council, the state House of Representatives and Senate before being elected to his first term as mayor in 2005.

He ran for lieutenant governor last fall and lost in a runoff to former Plaquemines Parish President Billy Nungesser.

Richmond has said he plans to seek re-election. The 2nd Congressional District is a meandering 10-parish territory that stretches from New Orleans through the River Parishes and into parts of Gonzales, St. Gabriel and Baton Rouge.

Holden is hoping that the Baton Rouge areas can give him an edge over New Orleans-based Cedric Richmond. If Holden can raise money, this is a possibility.

But I’m not sure Cedric Richmond can be unseated. I haven’t seen anything to indicate any dissatisfaction from Democratic voters about Richmond. Holden’s record as Baton Rouge Mayor certainly isn’t one that could give him an edge.

There are two minds on this. The first is that is going to be a very entertaining race. The second is that we want the most useless and ineffective Democrat possible in the 2nd District. We’re just not sure which one is more useless.

Until we see some evidence otherwise, we think Kip Holden’s bid for Congress will be as successful as his bid for Lieutenant Governor next year.