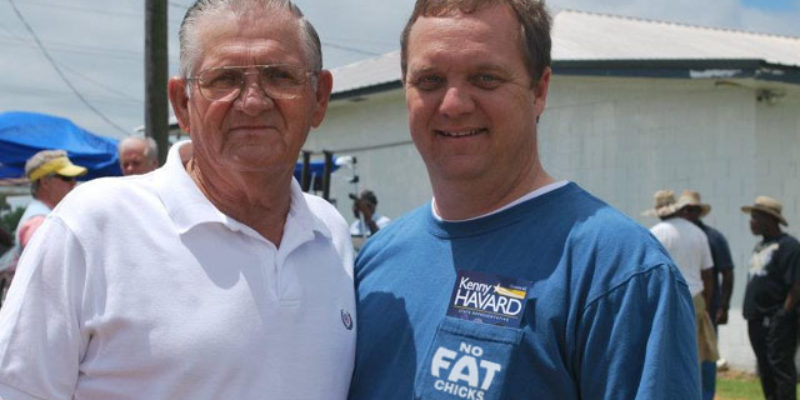 Our readers are aware by now that there is a stupid nanny-state bill moving in the Louisiana legislature which would make it illegal for a 19-year old adult woman to ply her trade as an exotic dancer.

And naturally, as seems to be the case with most stupid nanny-state bills, this one is flying through the state capitol building on its way to the governor’s desk. It passed with a 37-0 vote in the Senate and today the House moved it through with a 96-0 vote. Before the end of this legislative session, it’s virtually assured that to be a stripper in Louisiana you’ll have to wait until you turn 21. We have no information on how many singles the bill caught in its g-string on the way to see the governor, but we do have one wrinkle it ran into on the stage that we should credit.

Which is that before the bill got its acclamation in the House, an amendment was offered which is no less an obnoxious restraint of trade than the bill itself.

That would be an amendment by Rep. Kenny Havard (R-St. Francisville), who offered the following language to be added…

Now, are there strippers 29 and older who would be worth seeing? Surely. Are there tall, voluptuous purveyors of adult dance weighing in at more than 160 pounds whose presence on stages in Louisiana’s more risque’ arts establishments would serve as an enhancement to the lineup?

Havard was eviscerated on the floor of the House for offering the amendment. Rep. Nancy Landry and Rep. Julie Stokes both called his action “offensive,” “disrespectful” and “disgusting.”

He said the amendment was a joke. What’s more to the point is it was a poison pill for a bill that terribly needed one.

There is zero reason to believe that a bill making a criminal out of a 20-year old stripper trying to pay her way through nursing school or finishing a degree in marine biology will have any positive effect in cutting down on human trafficking, which is its stated purpose. This is pure nanny-state garbage, and naturally in a supposedly conservative Republican legislature made up of politicians who took great pains to tout their credentials as advocates of smaller, less intrusive government there isn’t a single legislator either in the House or Senate with the sand to stand up and vote against it.

Not one. Not even Havard, who pulled his amendment after he got bitched out for it. And then voted for the bill along with everyone else.

Your author spends zero time in strip bars, as spending an expensive evening buying overpriced drinks, listening to bad music and being sexually titillated by people with whom there will be no sex seems like a much more time-intensive fiscal option than setting a pile of small bills on fire. That having been said, if we’re to put the state in charge of regulating who can be a stripper, the only difference between the bill and his amendment is whose tastes are being satisfied.

And frankly, if you ask the consumer, they’d probably tell you they like Havard’s amendment just fine. It would make for a major step up in the performance of the industry around the state.

Like our own Joe Cunningham said about the amendment, “Oh man. Paradise Club in Abbeville will shut down.”

Interested in more national news? We've got you covered! See More National News
Previous Article Try Not To Laugh, But Kip Holden Is Running For Congress
Next Article I Love Trump’s Supreme Court List, And I Wish I Could Give It Credit…