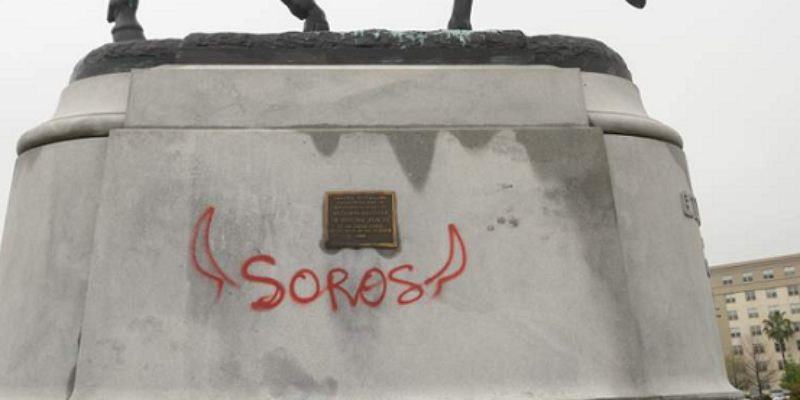 After New Orleans’ PGT Beauregard monument was defaced with the label “Soros” (in reference to left-wing megadonor George Soros) and devil horns, it seems that the city has ruined the monument even more.

Posted online, the photo of the defaced City Park monument shows what a vandal did nearly a month ago to one of the city’s monuments that will soon be removed thanks to a plan by Mayor Mitch Landrieu. 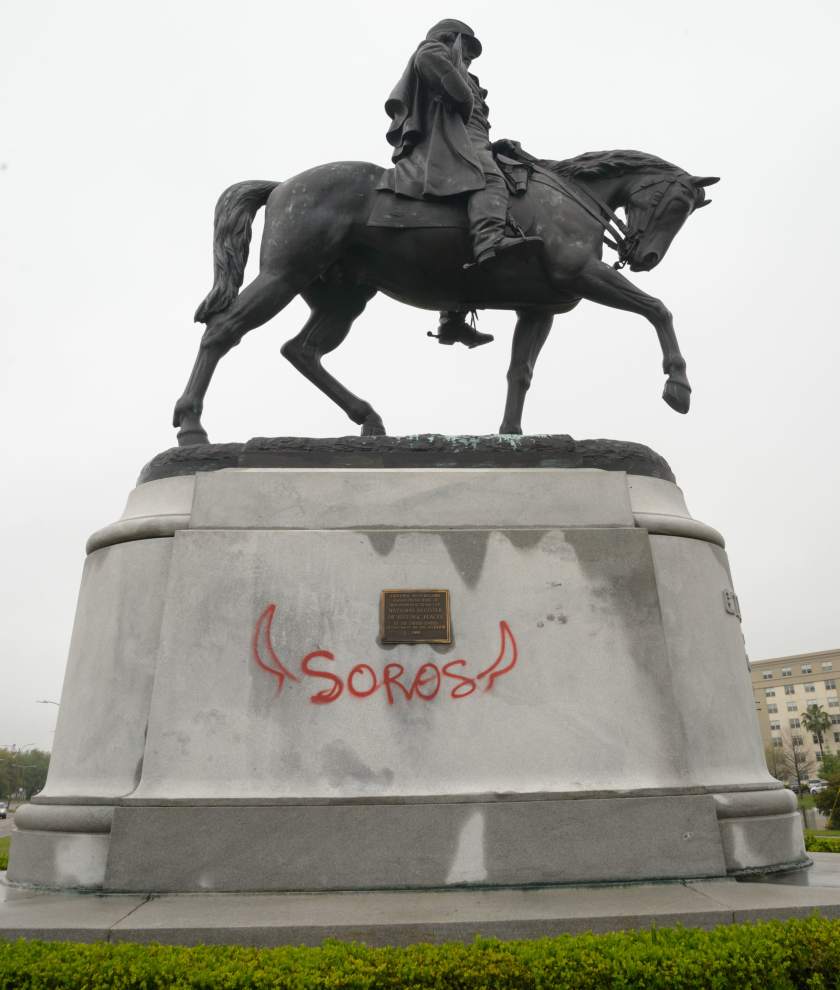 Normally, when city monuments are vandalized and defaced, the Monumental Task Committee Inc. (MTC), a 25 year-old non-profit dedicated to the upkeep of all historical monuments in the city, cleans up the vandalism with no charge to the taxpayers.

The city knows this. In fact, the city has known that MTC does this for decades now. However, according to sources last year, the Landrieu administration began hiring a man known as the “Grey Ghost” to paint over vandalism, something that clean-up crews worsens the vandalism.

In this case, it seems as though the city called out the Grey Ghost to paint over the vandalism, making the defacement even worse than it was before. And we are still not sure how much the city paid for this clean-up job. 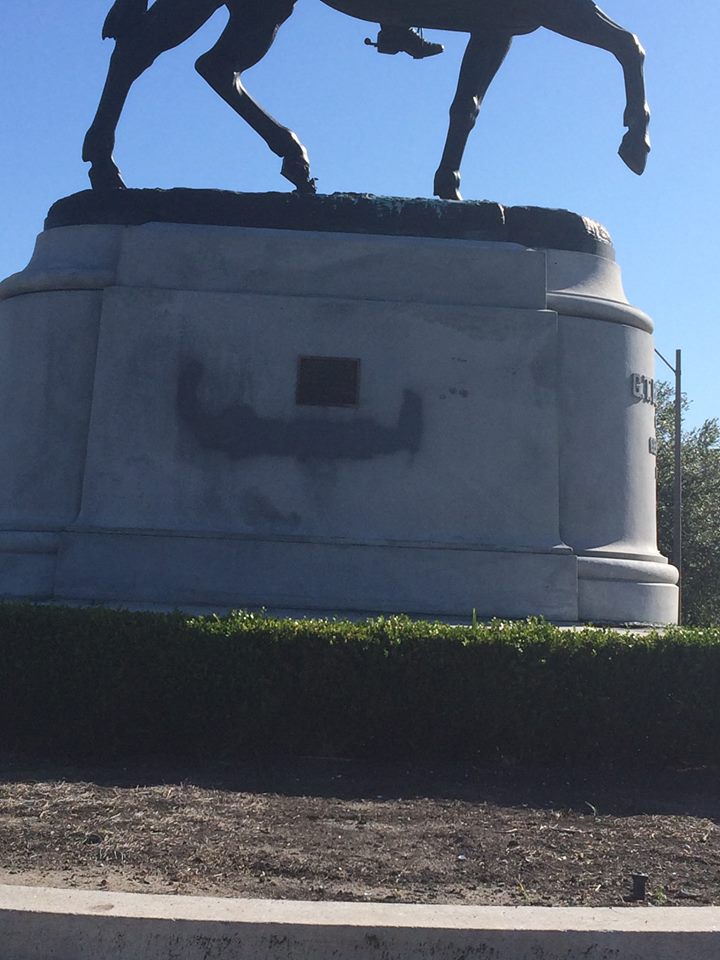 Back in September of last year, the Hayride reported exclusively on how the city may have dished out thousands of dollars to outside clean-up like the Grey Ghost in order to later claim that the monuments were costing taxpayers money, despite the MTC doing this work for free.

When the city previously brought in the Grey Ghost to clean-up monuments without notifying the MTC, they allegedly paid him $900 to do just one clean-up job.

Interested in more news from Louisiana? We've got you covered! See More Louisiana News
Previous Article VIDEO: Alex Jones As A Screaming Chimpanzee
Next Article EXCLUSIVE: Caroline Fayard Touts Herself As ‘Outsider,’ But Her Past Political Connections Scream Insider