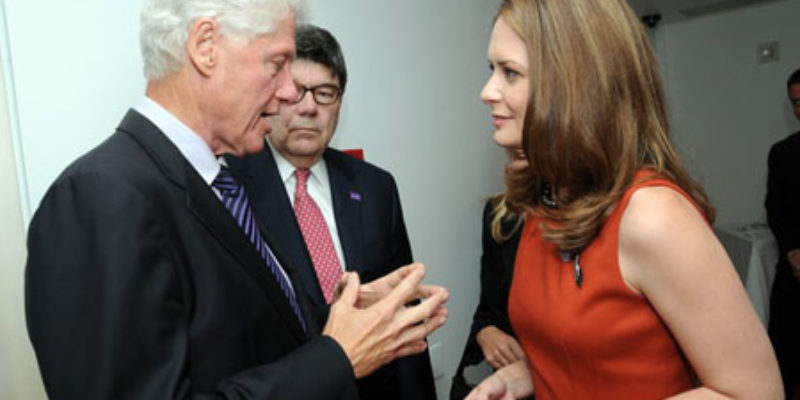 New Orleans attorney Caroline Fayard (D) who is running for Sen. David Vitter’s (R-LA) Senate seat is now positioning herself as an “outsider.” However, that label is far from the years-long history of Fayard and her well-connected family.

In a Greater Baton Rouge Business Report this week, the site described Fayard as pitching “herself as the outsider candidate and someone who has not been invited to the good ol’ boys clubs.”

That, though, could not be farther from the truth.

Fayard, the daughter of Democratic mega-donor Calvin Fayard who has ties to the Landrieus and the Clintons, is on the record back in 1998 and 1999 giving Sen. Orrin Hatch (R-UT) thousands in campaign contributions, along with her family and law colleagues, for his assistance in securing $1.25 billion in attorney fees under a massive tobacco company lawsuit.

That money was also allegedly shared with Hugh Rodham, brother of Hillary Clinton, according to an anonymous source close to the Hayride.

Take a look at the Associated Press report at the time: 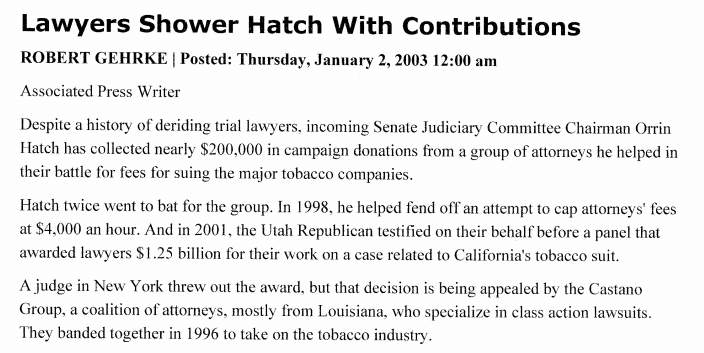 Check out the full list of contributions from Fayard & Co. here:

And her connections do not stop there.

Fayard’s political connections to the Clintons go back to the 1990’s. After graduating law school, Fayard went to work for then-First Lady Hillary Clinton in the White House as an intern.

Obviously, Fayard made an impression on former President Bill Clinton and now candidate Hillary Clinton while working at the White House because in 2010, when Fayard was running for Louisiana Lt. Governor (a race which she lost), Pres. Clinton contributed to her campaign.

Meanwhile, Fayard and her father, Calvin, have had a similar history with the Landrieu political dynasty, a family that has governed in the state for decades now.

And when Landrieu needed help with his re-election bid in 2013 as Mayor of New Orleans, Caroline and Calvin Fayard were there to throw cash at the Landrieu machine.

Interestingly enough, there is one characteristic that surrounds the Fayards, Landrieus and Clintons: High-profile scandals.

For the Landrieu’s, Mary Landrieu is most remembered for being the scandalous final vote for Obamacare after she was practically bribed with $300 million in state funds so long as she supported the healthcare overhaul.

Mitch Landrieu, on the other hand, is not particularly known for scandal, but more so for questionable practices while running New Orleans city government, such as his scheme (which the Hayride has covered extensively) to remove four historical monuments in the city via a slew of backroom meetings and using private money to pay for the job.

For Caroline and Calvin Fayard, their alleged scandal concluded with a sweeping-under-the-rug kind of ending. As chronicled here by the Hayride, essentially Calvin Fayard dropped $800,000 on the Louisiana Democratic Party and then allegedly illegally earmarked those donations to Caroline’s then-Lt. Governor campaign.