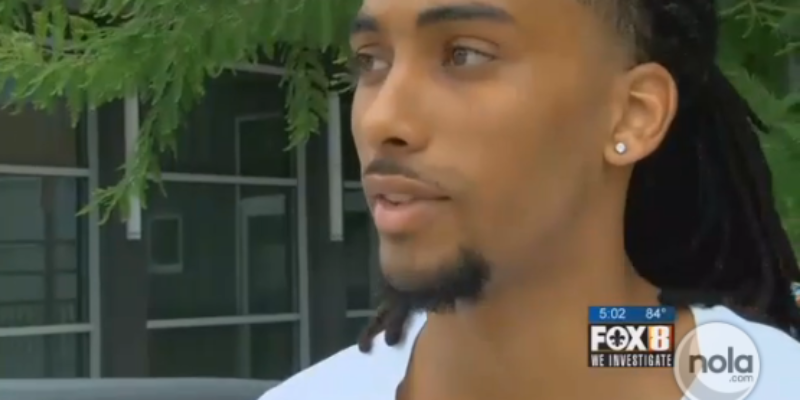 A straight-A Amite, Louisiana high school graduate and valedictorian who refused to shave his facial hair after being warned he would not be allowed to participate in the graduation ceremony will now have a rally in his honor by the local chapter of the NAACP.

Andrew Jones, an obvious star student at Amite High School, was forced to sit with his family in the stands during his graduation after he showed up the ceremony with facial hair after being told not to, according to a WBRZ report.

School officials apparently told Jones that if he went into the bathroom and shaved, he would still be able to participate in the graduation.

However, Jones apparently said he was not shaving his facial hair and therefore the school said they couldn’t let him defy the rules that all other graduates were forced the follow.

Now, the issue has turned into a social justice rally, after Jones told WBRZ that his high school “took away” his chance to give his valedictorian speech and graduate with his class.

The Tangipahoa Parish NAACP will hold a rally for Jones today, where they are demanding that Tangipahoa Schools Superintendent Mark Kowles, School Board President Brett Duncan and other district officials resign.

Follow updates on the NAACP rally at the Hayride.

Interested in more national news? We've got you covered! See More National News
Previous Article Mitch Landrieu Spox Blames ‘Violence And Threats’ For Monument Removal Delay, Ignores The Facts
Next Article Why Is Jake Latz Getting The Start For LSU Against Tennessee In The SEC Tournament?