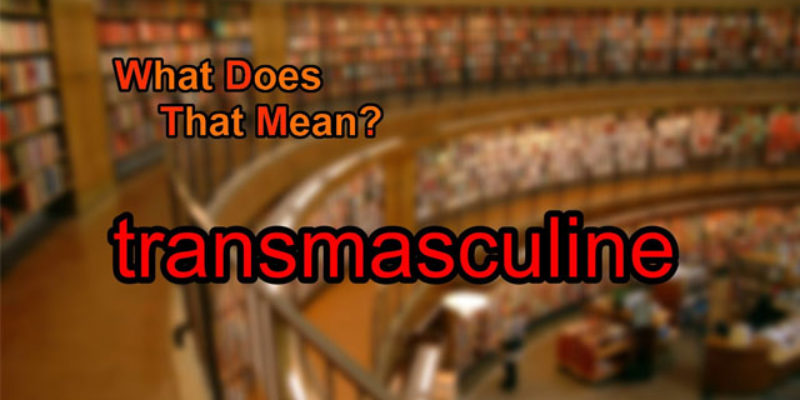 A “transmasculine” teacher at an Oregon elementary school has been awarded $60,000 by her school district as compensation for harassment she claims to have suffered on the job, including being referred to by the wrong pronoun.

According to The Oregonian, Leo Soell was born a woman, but now prefers to identify as “transmasculine” and “genderqueer,” meaning she does not consider herself to be male or female. After getting breast cancer in late 2014, she had her breasts amputated to create a more masculine appearance and changed her name to Leo. Once she returned from medical school in May, 2015, Soell was fully public with her gender-neutral identity.

And they were mean to her…

Once she returned to work, Soell claims she fell victim to relentless harassment from her co-workers. She says employees persisted in calling her hurtful terms like “Miss Soell,” “lady,” and “she.” If a student asked Soell’s sex, she says she was ordered to reply it was a private matter not suitable for discussion at school.

There was an investigation which turned up precisely zero evidence this woman had been harassed, and the school decided to cut a deal with her wherein people would just call her “they” and be done with it. That turned out not to be good enough, because she said the harassment nobody could find evidence of didn’t stop, and then she hired a lawyer. So the school threw up its hands and paid her off, and then came up with a whole host of rules turning its workplace upside down…

Among other things, the new policy will require all teachers to refer to their co-workers by their preferred names and pronouns, and it will also ensure transgender employees and students have their bathroom needs met. Teachers who refuse to comply with the pronoun command may be fired, the school district warns.

Yes, our heads hurt too. And yes, this is an elementary school teacher who is employed to influence impressionable young minds. What could go wrong?

Have you noticed how fast these stories have begun to multiply, and how many of these aggrieved people have come out of the woodwork? And have you noticed how their grievances seem to have been tailored to appear like those of the black people persecuted in Jim Crow states prior to and during the civil rights movement?

Nobody seems to be asking, but the folks who actually did work for civil rights for genuinely oppressed people are fairly well disgusted that their efforts have been appropriated in service of people whose departure from the norm is based purely in behavior. Sure, you might be a woman who sees herself as a man, but you have to recognize that biology, and therefore all the people around you, are going to differ with you and see you as a woman. And what that means is your gender-bending is unprofessional, and it’s a distraction at your workplace. It doesn’t matter how “enlightened” the HR people there are or how politically correct the policies are – a large number of the people who work there will resent the disruption and find it an offense to their own quality of life. In this case, that’s worth $60,000 in recompense from your employer and probably a host of disciplinary action against people who are freaked out about the tranny they have to treat as normal.

Yes, the social justice warriors furthering this cause say, but that’s the same reaction that racists had to black people being hired to work alongside them.

If that weren’t a stupid argument, we would credit it. It’s a stupid argument, though, because the reason it’s unjust to treat people badly based on their race is that they were born that way and can’t do anything about it. You can’t hide being black even if you should (which you shouldn’t, of course). But what sexual orientation you are is a reflection of choices you’ve made, however biologically influenced those choices might be, and what gender you identify as, particularly if it’s different from the plumbing you’ve been given, is unquestionably your choice. In other words, the problems you encounter come specifically because you choose NOT to be born that way. You’re the Rachel Dolezal of sex rather than race. You’ve chosen to be unnatural, which is the precise opposite of the black people the civil rights movement defended.

And if society does as it has always done and treats you differently for making choices that are disruptive to the natural order of things, who’s best to relieve that friction? Society, or you?

If you’re “transgendered,” meaning if you’re one of the far less than one percent of the population who can’t make peace with the chromosomes you were born with, it’s really not that hard to go to work wearing clothes appropriate to who you are biologically – or use the appropriate bathroom. That’s one of the things you get paid for. When you’re not working, you are free to present yourself however you like – and others are free to be offended and run from you like their hair is on fire. Your right to free expression doesn’t carry with it the right to a friendly audience.

Forcing society to turn itself upside down to accommodate your choices, however outrageous they might be, is a childish and wasteful pursuit.

But childishness and wastefulness are the absolute hallmarks of the social justice movement at this stage; it’s a movement which has run out of worthy clients and is now taking on freaks and insane people and attempting to normalize them. Because the “transgendered” are not a civil rights cause; they’re insane people. They’re crazy. If you have a penis but believe yourself to be a woman you are insane in the same way as someone who believes himself to be Napoleon, or a dragon, or a coffee table. What you need is mental health treatment, not a sex change operation.

That’s not the basis of a civil rights cause. That’s a tragic failure of psychiatry.

But I suspect it isn’t that the social-justice crowd can’t see the mistake it’s making in agitating on behalf of the insane. I suspect this is much more about demoralizing the 99 percent of us who, if we had our druthers, would prefer not to be beset with drag queens in the ladies’ room at our workplace. This is about making us satisfied with less – less privacy, less freedom, less of a civil society where we can solve problems on our own without the hand of government. This is about making us supplicants to the Left whether we agree with them or not, because sooner or later we will be in their crosshairs and it is better to have an accord with them than to fight them and end up a “controversial” figure like the people who own Hobby Lobby or Chick-Fil-A.

This is about disrupting your life. This is about intimidating you. And if you fight back, if you defend society, it’s about making you an enemy of the society you’re trying to defend.

We live in a broken, debauched culture. The people who debauched and broke it are in charge. Look upon their works and despair.

Interested in more national news? We've got you covered! See More National News
Previous Article Why Is Jake Latz Getting The Start For LSU Against Tennessee In The SEC Tournament?
Next Article The Low Popahirum, May 24, 2016