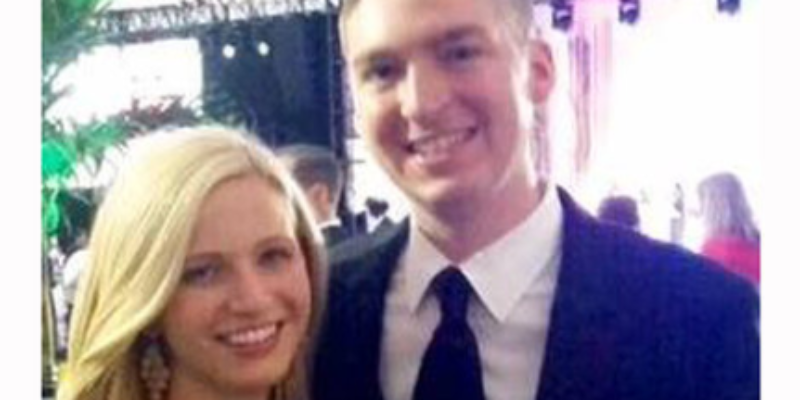 Thomas Rolfes, who was killed while visiting New Orleans to plan his wedding in the city, previously worked for former Gov. Mitt Romney’s 2012 presidential campaign and volunteered in New Orleans after it was devastated by Hurricane Katrina.

Rolfes was shot and left for dead after he was robbed in the city, according to the New Orleans Police Department (NOPD). Upon hearing the news, Romney took to Facebook to express his condolences and prayers to Rolfes’ loved ones.

And in an interview with NOLA.com, Rolfes’ father explained that not only was his son a Tulane University graduate, but he first visited the city when he volunteered to help clean up after Hurricane Katrina.

“He really fell in love with the people,” Ron Rolfes told NOLA.com. ”

Rolfes also said that his son’s death is a “horrible, horrible dream” that family and friends are living through, saying “We know it’s reality, we’re just trying to close the loop on that.”

Rolfes graduated from Tulane University in 2011 and had arrived in New Orleans on Friday of last week to look for wedding venues for he and his fiancee, according to a WWL-TV report.

But, like far too many tourists in the city, Rolfes became the target of a murderous violent crime.

When Rolfes left with some college buddies, while his fiancée headed for their hotel, he was last seen by friends at the Ms. Mae’s bar on Magazine Street.

Later that night on surveillance footage, Rolfes was seen buying items from a gas station on South Claiborne around 3:30 am.

Then, police found Rolfes’ body just a few blocks away from that gas station, where he was robbed of his property and shot to death. His cell-phone was on him, but it was dead, and his wallet was gone.

Rolfes’ fiancee said he did not have a car, so does not understand how he got from the bar to the gas station. Police are investigating the horrific murder and friends and family are asking anyone with information to come forward.