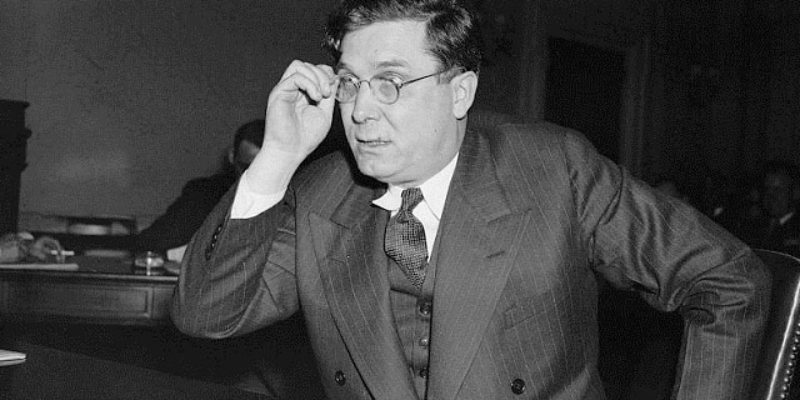 Three weeks from now, the gavel will drop bringing to order the most unusual Republican National Convention since 1940.

That year’s convention was atypical as it marked the nomination of someone outside of the political class, utility lawyer Wendell Willkie.

Like this year’s presumed GOP presidential nominee, Willkie had questionable credentials as a Republican, switching parties the year before running for president and having previously served as a delegate to the 1932 Democratic National Convention that would nominate the man he would oppose in the 1940 general election.

But that was where the comparison ends between Willkie and New York real estate developer Donald Trump.

Willkie, knowing his GOP cred was non-existent, avoided the primaries, which did not have the same meaning and significance then as they do today.  By contrast, Trump competed in the primaries, winning over 30 elections while amassing in excess of 13 million votes, the largest total any Republican received in the primaries.

The previous record in a contested primary was George W. Bush’s 2000 total of 11.8 million.

However there is another statistic that gets left out of the Trump “record breaking narrative:” despite having received the most Republican primary votes, his share of the GOP vote, 44.7% is the lowest for a Republican nominee since Richard Nixon’s comeback in 1968 (37.5%).

And unlike Trump, Nixon did not enter every primary, opting not to challenge then-Governor Ronald Reagan ‘s “favorite son” candidacy in California.

Throw out the uncontested California primary, and Trump’s vote share is the lowest since Barry Goldwater (38%) battled New York Governor Nelson Rockefeller and Ambassador Henry Cabot Lodge across the fruited plain in 1964 for the privilege of being annihilated by LBJ.

While Trump drew a lot of support, he also motivated a record number of people to hit the polls to vote against him.

For example, Ted Cruz’s 7 million votes is largest total of any Republican presidential candidate to not win the nomination, leading John McCain’s 2000 total by almost a million votes.

Unlike McCain, Cruz was out the race at the time of the California primary.

There are some alarming similarities between Trump and Goldwater minus the latter’s virtues.

The most prominent being the lack of party cohesion that was a trademark of both Goldwater and Trump’s candidacies.

In 1964 Michigan governor George Romney refused to endorse Goldwater after the Arizonan won the nomination at the contested convention in San Francisco’s Cow Palace.

In 2016, former Massachusetts governor and 2012 Republican presidential nominee Mitt Romney is keeping the family tradition going, declaring long before the delegates assemble in the Quicken Loans Arena, that he will not support Trump, before nor after the convention.

Many party elders are predicting that having Trump head the ticket will lead to a Goldwater-esque defeat, not just handing over the White House to the Democrats for a third consecutive term (and all the awfulness that comes with that) but a Trump November undertow could sink Republican control of the US Senate and just maybe the House as well.

The Goldwater undertow led to a pickup of 38 house seats by the Democrats.  On the Senate side the Democrats expended their caucus to 68.  The Democrats would need to take 30 House races this November to regain control.

Imagine for a moment President Hillary Rodham Clinton and Nancy Pelosi back on the speaker’s rostrum making legislative sausage while Majority Leader Dick Durbin or Chuck Schumer (would it really matter at this point?) fast tracks more terrible treaties with terrible foreign regimes while waving a checkered flag as the most radical jurists that can pass a background check zip through the senate judiciary committee before making a hard left turn towards the bench, replacing aging conservative judges who’d prefer to enjoy their salary in retirement than at work.

The last time the Democrats enjoyed that kind of power they added $3.2 trillion with a “t” to the national debt.  They also got through ObamaCare, the negative effects of which are still matriculating their way through the government, health care, the insurance industry, individual tax bills, and the economy.

Knowing that their window of opportunity to make mischief could once again be brief, the Republican house minority will helplessly witness the most dynamic legislating period in recent memory, likely at a faster clip than Newt Gingrich’s first 100 days as speaker, since the enactment of the Democratic majority’s body of work is assured.

More deficit spending, more taxes but not nearly enough to cover the spending tab, more power in the hands of the unelected bureaucracy, more imposition of leftist values in states that don’t follow the prevailing social trends, and more scrutiny of the opposition by the government.

And expect the power inebriated Left to take more of an interest in churches and religious institutions, particularly their tax exemption status, which will be both an act of revenue harvesting and political retribution.

The only thing that will be cut by the Democratic regime will be civil liberties, particularly related to gun ownership, though some of the more nervous pols might tinker with the margins by restricting ammo sales, blocking gun imports, and mandating federal gun licensing instead of an outright gun grab.

Donald Trump has had a terrible week as a candidate.  His poll numbers are low, “bigly.” And according to the latest FEC filing, there are lots of candidates for Congress who have more cash on hand than the billionaire, who reported a paltry $1.3 million compared to Hillary Clinton’s $42.5 million.

While the 2016 Republican National Convention might not be as contentious as the 1940 and 1964 conclaves, Trump needs to move fast to assure delegates and potential donors that he’s not going to lead the GOP down the same path as Willkie and Goldwater.

Lest the 2016 Republican National Convention become a lot more interesting than it should.

Interested in more national news? We've got you covered! See More National News
Previous Article What’s Next For The USMNT After The Copa America?
Next Article APPEL: The Legislature Is Going To Have To Lead On Fiscal Policy Now