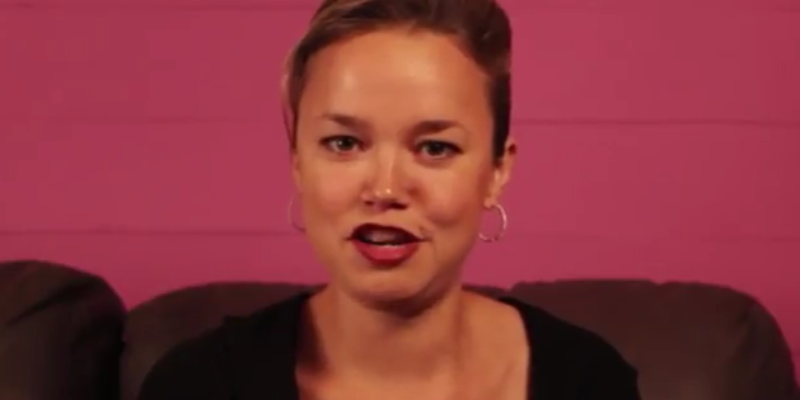 State Rep. Helena Moreno (D-New Orleans) sees women as apparently nothing but victims of a mythical gender wage gap that has been debunked by economists for decades now, or at least that’s the sentiment she gave in a recent interview.

Moreno spoke with the News Star to explain how apparently, women in the state of Louisiana are treated terribly, citing the “gender wage gap,” which the Hayride has debunked, though no mainstream media outlets have questioned feminist dogma on the issue.

“I’ve always known the way women are treated is a terrible problem, but it wasn’t until Kenny’s amendment and the failure of the equal pay bill that I knew I had to step up and take a bigger leadership role,” Moreno told the News Star.

Moreno is of course, referring to a laughing-stock amendment, designed to kill the original legislation that would have regulated the age of strippers, which regulated strippers’ weight.

Feminist-aligned lawmakers like Moreno, though, didn’t take the amendment lightly, so now she has started a #ItsNoJoke campaign, which is geared towards what the media is now calling “women’s pay equity.”

Why has the media rebranded what has always been known as the “gender wage gap” to “women’s pay equity?”

Mainly because the Hayride and others have started calling out the mythical feminist lie after it has been used to demonize men and make women into victims.

Though, we’ve explained 100 times how the gender wage gap is a myth, we’ll gladly explain again for Moreno, who has not cited any economics-based studies to back up her claims:

The figure that there is a $17,000 pay gap between men and women in the state of Louisiana comes from the feminist advocacy group, the National Partnership for Women & Families (NPWF).

The NPWF is just one of many feminist-aligned organizations that pushes inflated and wrong gender wage gap figures, which economists have been debunking since the 1970’s.

The alleged gender wage gap t has been debunked by the American Enterprise Institute (AEI), CONSAD Research Corp, Time Magazine, the Bureau of Labor Stastics and that’s only a few.

None of this data is addressed by Moreno.

Of course, Moreno is trying to score political points by pushing the gender wage gap myth, as she says she will eventually start a political action committee (PAC) called “It’s No Joke,” and even claimed that she’s been told to “go back to the kitchen.”

“Ninety percent has been positive, but there have been a few ‘go back to the kitchen’ comments,” Moreno told the News Star.

Interested in more news from Louisiana? We've got you covered! See More Louisiana News
Previous Article Boy, That Trump Campaign Sure Looks Ready For Prime Time, Doesn’t It?
Next Article Meet The Democrat Donor Who Can Let House Members Ignore The Louisiana Constitution On Tax Hikes