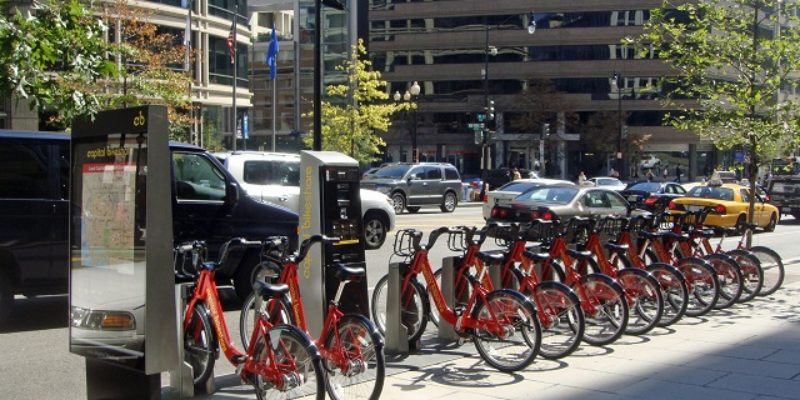 The city of New Orleans is trying to become a modern American city. But it also works to preserve its unique heritage as well.

The latest example of this is with the bike share competition. The city is trying to find a vendor to setup a city-wide bike share program. The details and criteria of the competition though appears to a balance between bring in all the hipster friendly features of a modern city while ensuring lots of graft opportunities for city officials and politically favored contractors.

The Times-Picayune today had the details of the first-round of bidding. Out of 7 companies that bid, 4 were rejected for various reasons.

A selection committee on Wednesday (Jun 29) tossed four of the seven proposals it received. The remaining three will have to fill out a standardized form outlining their plans and budgets, then compete through in-person interviews later this summer.

Two companies, Pelican New Orleans and Shift Transit, were rejected immediately for failing to provide a plan to partner with minority- or women-owned businesses as part of the city’s so-called “disadvantaged business enterprise” program — a requirement outlined in the city’s request for proposals.

The “disadvantaged business enterprise” program is a program that tends to benefit politically connected firms. It has also been a cesspool of corruption.

The committee eliminated P3GM of New York for planning to cluster bike stations around the lakefront universities and the French Quarter, but nowhere in between. Members also faulted its bicycle design, which would display ads on sweeping wing-like banners on each side of each bike.

A fourth proposal from the Canadian company Bewegen got the axe for inexperience — it was founded in 2013 — and a plan that wasn’t tailored to the city’s landscape, culture and economic situation.

“I did not find there to be a huge connection to New Orleans,” said committee member Jeff Hebert, the city’s chief resilience officer.

BCycle from Wisconsin, Cyclehop from Santa Monica and Miami Beach and Social Bicycles from Brooklyn, N.Y., will move on to a second round. But their proposals, too, left open questions about their finances, commitment to balancing tourists with resident customers and what risks City Hall may face once a program is up and running.

The advent of a bike share system in the Crescent City has been met with excitement among transportation advocates who see it as improving affordable transportation options in an impoverished city. Mayor Mitch Landrieu’s administration and the Regional Planning Commission spent three years studying a program’s feasibility before asking for proposals in April.

What the city is trying to is instead of concentrating this program in Uptown, Lakeview, Lakefront, and the French Quarter; they’re trying to build it out city-wide. It’s insanity. Why would a poor person spend around $90 a year, which is what it costs in most cities, to rent a bike when they can buy a used one for much cheaper?

If the city of New Orleans wanted to have a responsible bike share program, it would work on focusing on those four areas. The people who use it in most cities are hipsters, college students, tourists, and young people. The ghetto won’t be able to afford it, no matter how many tourists are subsidizing it.

Instead what the city will have a dysfunctional, corrupt bike share program that will go bankrupt within a decade. But we’ll find that plenty of city contractors and officials made money off of the program anyway.