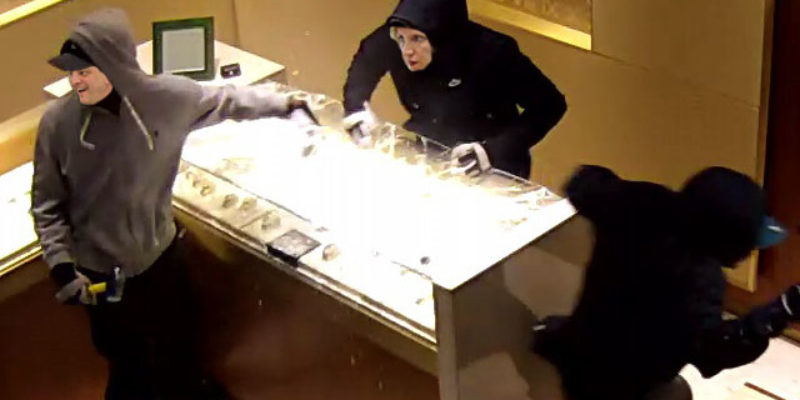 A pal of ours in the legislature had the House fiscal staff put together a side-by-side comparison of the current year’s state budget and next year’s, the one they’re currently haggling over, and shared it with us.

It explains a great deal, and you will likely be incensed by it. 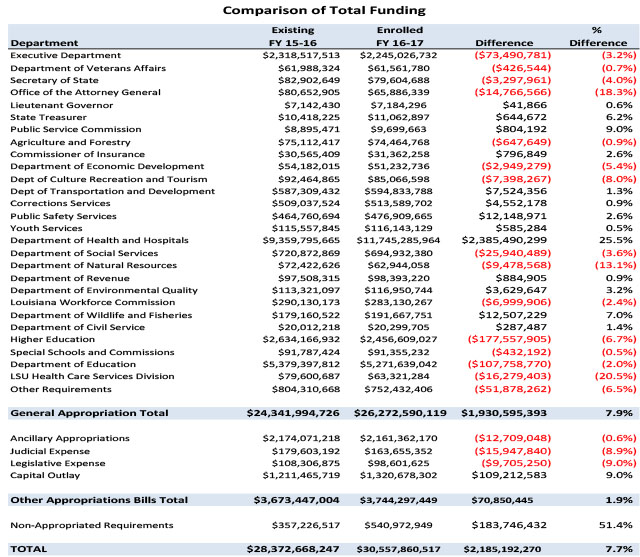 The Department of Health and Hospitals’ budget is going up 25.5 percent, a $2.38 BILLION increase, in one year. Meanwhile, LSU’s medical school budget is taking a 20 percent decrease.

And Jeff Landry’s budget is taking an 18 percent cut – $14 million stripped away. Guess he can investigate fewer crooked politicians on that budget.

Higher education is taking a $178 million cut. Much of that would come from TOPS taking a bath.

To fund a $2.38 BILLION increase in the Health and Hospitals budget.

We’ve been told by our lobbyist connections that the word is out – the money is in lobbying contracts for the hospitals, because that’s the new gold rush in Louisiana. Everything is second fiddle to that. Don’t be shocked when you hear that current and former Democrat political figures in the state are starting up new companies to do consulting and other not-easily-describable work for the health care sector. Everybody will be on this gravy train.

Quite believable, of course, when DHH now has a $12 billion budget. Which, of course, they can’t operate all their functions within unless there are another $600 million in tax increases.

Make of these numbers what you want. As far as we’re concerned this is the biggest smash-and-grab robbery in the history of the state of Louisiana. Edwin Edwards and his goons were never, ever this bold.

And there is no way on God’s green earth that the FBI won’t eventually be carting people out of DHH in handcuffs. No way.

UPDATE: By the way, we’re told that while you may hear the defense (such as it is) that the DHH increase is attributable to the Medicaid expansion, the price tag on that expansion is $900 million. Which leaves $1.5 billion for other increases.

And it also leaves a thick irony as to why it is we were told that Medicaid expansion would “save” the state money when the state’s budget has increased by $2 billion and is $600 million in the hole as a result of that decision.