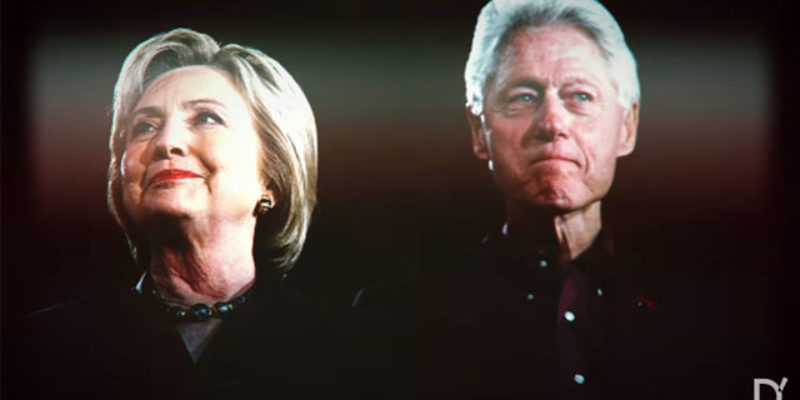 The two previous movies Dinesh D’Souza has made have really been pretty good. His first one, 2016: Obama’s America, was a huge hit (for a documentary, at least) and contained a lot of extremely useful content and context about the current president – not to mention a segment in which D’Souza made a number of predictions for what would happen if he won re-election in 2012; Obama did, and those predictions have borne out fairly well.

That film didn’t accomplish its desired purpose, though, which was to motivate the American people to turn Barack Obama out of office.

D’Souza’s second documentary, America: Imagine A World Without Her, was also a hit though not perhaps as much of one as his first effort. It might have been a better film, though, and it might also have done a better job of accomplishing its goal – namely, to counter the anti-American Left’s narrative about this country as an unjust enterprise.

This time, there’s a bit of water under the bridge which informs what D’Souza’s doing. After the second film came out he had to endure an eight-month sentence of evening confinement in a San Diego halfway house thanks to a really stupid decision to use his friends as straw campaign donors to Wendy Long, a college buddy who was running a hopeless Republican campaign for the U.S. Senate in New York; D’Souza had the book thrown at him for that, despite a long history of the government treating such campaign finance faux-pas activity as a civil matter. What emerged from that sentence, in D’Souza’s mind, is that the Democrat Party is little more than a criminal enterprise – that Democrat politicians are simply far more advanced scam artists than the gang-bangers and bank robbers and small-time grifters he was stuck bunking with during that sentence, but that the activity was basically the same. The bank robber and the Democrat pol are both out to steal what you’ve earned; the Democrat just has a better system for doing it, and the bank robber will agree.

D’Souza’s movie will be well-made and its points well-articulated. Whether it has a lot of commercial success or whether it’s able to influence the election, we can’t say.