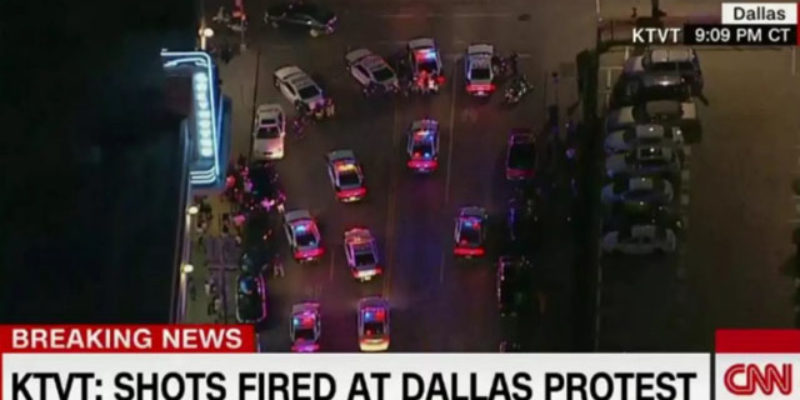 Dallas is only the latest, and of course the worst. Domestic terrorists, whatever their affiliation, took sniper positions and shot 11 police officers in the midst of a protest in that city’s downtown. It changes virtually everything – most importantly the character of the society we live in, or at least our proper perception of it.

Dallas is the culmination of a long string of societal breakdowns. Falcon Heights. Baton Rouge. The killing of a Jefferson Parish Sheriff’s deputy two weeks ago. Orlando. San Bernardino. Ferguson. Baltimore. Boston. Charleston. The ongoing hell in Chicago. Threats from within and without. External to our society and internal.

Hate to say it, but this is what civilizational decline looks like.

We all feel it. We all want it to stop. None of us really know how to make that happen. Who to vote for, what laws to pass. What to march for, and against. All of it misses the mark.

And the reason is that our decline isn’t chiefly political. It’s moral and it’s cultural and it’s behavioral. An America comprised of the people who built it would never accept what we accept in its leadership. But that leadership reflects who we are, and what it perceives we want.

We don’t act as we were taught to. We no longer demand the standards of behavior and character that we once did. We allow ourselves to become narcissists, petty, shallow. We care about material things rather than who we are and how we treat ourselves and others. We’re interested in what we get and not what we give. We accept lies so long as they’re pleasing to our ears. We refuse to listen to each other. We cocoon ourselves and cut ourselves off from our neighbors. Often we don’t even know our neighbors. We marry less, we have fewer children.

We spend our efforts gratifying ourselves rather than improving ourselves. We tell ourselves we don’t need improvement when we obviously do. And we demand of others, “don’t judge me.”

The problem is us. The things we identify as the problem are but symptoms of the disease.

It’s coming apart all around us, but the cause – and, if we’re to have a silver lining to all of this, also the solution – is within.

Charles Krauthammer once said that “decline is a choice.” He was talking about geopolitics, but his statement applies across the board.

We’ve chosen decline. We continue to choose it. We can’t deny the results.

We have to fix this. And we have to do it ourselves.The politicians won’t do it for us; too many of them are fraudsters and clowns who are in politics because they can’t make it in the real world. We have to fix this with millions and millions of individual, voluntary acts of kindness, of reclamation, of mentorship, of patriotism, of love.

Or we have to accept that this is what we’ve made. Because we can’t deny it any longer.