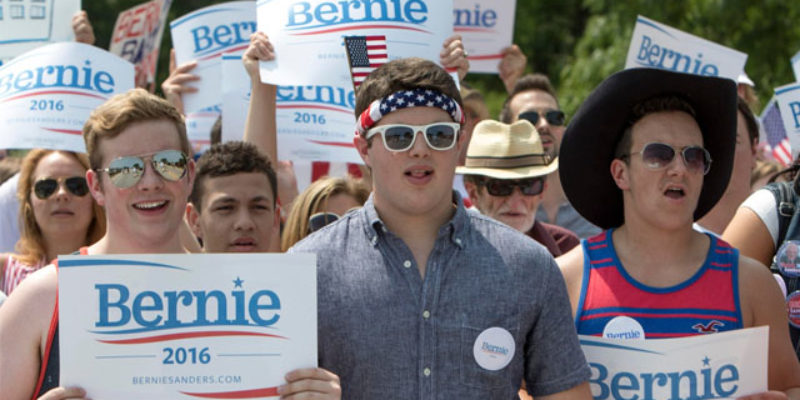 The Democratic National Convention is turning out to be as much of a disaster as the Republicans last week. That’s not just because it’s being in Philadelphia too.

So far outgoing Democratic National Committee Chairwoman Debbie Wasserman Schultz was booed off the stage by the Florida delegation. Bernie Sanders himself was booed after telling people to support Hillary Clinton.

Here’s some video via Twitter, posted by Cassandra Fairbanks, a writer and Bernie Sanders supporter. Apparently what started the booing and the chants of “Hillary for Prison” was the mere mention of Hillary’s name. Also supposedly some of these people are actually DNC delegates for Sanders.

No unity here, they should probably stop saying her name #DNCDisaster #DemsInPhilly pic.twitter.com/WnbpQJBSdG

The booing is confirmed by a NPR reporter on scene.

I'm not overstating this: the mere mention of Hillary Clinton's name fills the entire arena with sustained boos. #DNCinPHL

Meanwhile, here some more bad news for the Dems. Here’s at least one Bernie supporter living in a swing state, Ohio, who just declared herself for Donald Trump.

It looks like the Democrats won’t be able to take advantage of this opportunity. Exit question, how much of a bounce will Donald Trump get out of this convention?