Louisiana Attorney General Jeff Landry is now requesting that a special, independent prosecutor investigate the collusion between the State Department, when Hillary Clinton was Secretary of State, and the Clinton Foundation.

After reports that Clinton Foundation donors were granted special access to Clinton while at the State Dept. have come to light, Landry made the announcement via a Donald Trump for President email. 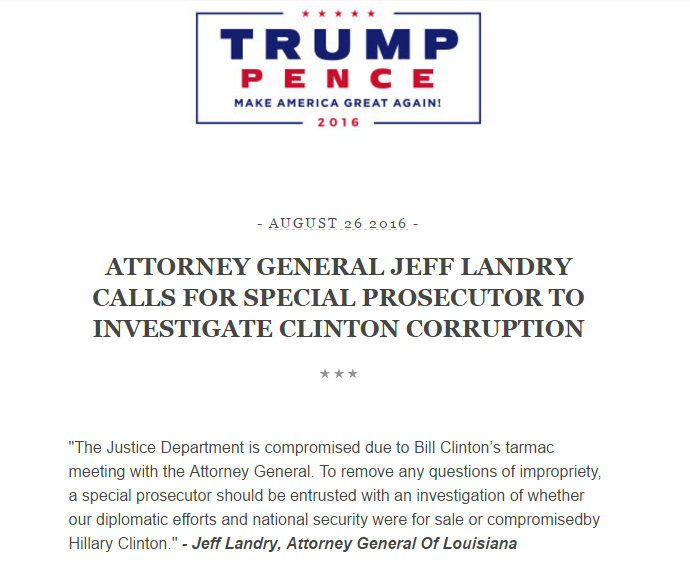