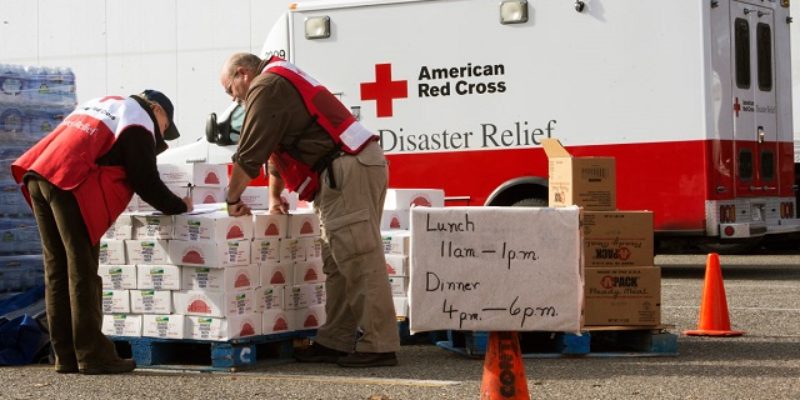 Most of the shelters that got started in the wake of the Louisiana flooding were started just by ordinary people in the community. Now that the initial flooding has ceased, the Red Cross has been taking them over.

It also appears that when the Red Cross comes into the picture, all common sense goes out the window.

After historic floods drove thousands from their homes this past week, Brandi Lipsey drove from her hometown in Concordia Parish to Ascension Parish with a trailer full of brand new medical supplies.

She arrived at the Lamar Dixon Expo Center, where hundreds of evacuees were being housed. But the shelter, which receives support from the American Red Cross, rejected her haul of wheel chairs, crutches, canes, diabetic supplies and other goods like clothes and water, Lipsey said.

She wasn’t allowed to bring her donations inside of the facility, so people in the shelter, many of whom left their homes with only the clothes on their backs, came outside to her trailer where she handed out goods directly.

“The people standing at the door would say, ‘No, you’re not going in there,'” Lipsey said. “But then there’s people inside who are so grateful for the help and asking you to come back with more items.”

Lipsey is just one of many volunteers and evacuees who has recently voiced frustration at the policies of the American Red Cross, which is either managing or providing support to many of the regional shelters for evacuees. Lipsey and others say the organization is letting bureaucracy get in the way of common sense by denying offers for hot meals and turning away donations and volunteers that didn’t go through their own channels, even when it’s desperately needed.

There have also been allegations on social media that the Red Cross has thrown out donated food and clothes from shelters it has taken over. But the Red Cross denied those reports today.

There’s another allegation being made against the Red Cross and that is they’re banning prayer inside shelters. 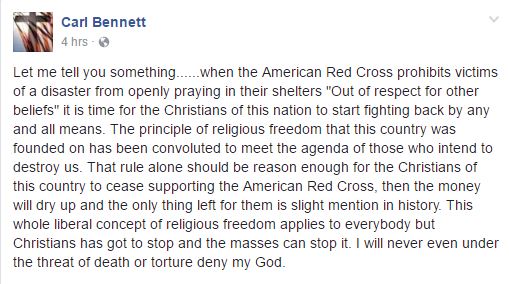 If this allegation is true the Red Cross has lost their minds.

One of the big lessons of this tragedy is that spontaneous and less bureaucratic efforts were able to move rapidly to save lives and relieve suffering. The Red Cross has become a lethargic, bureaucratic organization. For example, it raised $500 million to build 6 homes in Haiti after it was devastated by an earthquake.

There has to be a new approach to these disasters that gets bureaucracy out of the way. We need more common sense in things like this and a lot fewer lethargic bureaucracies like the Red Cross.