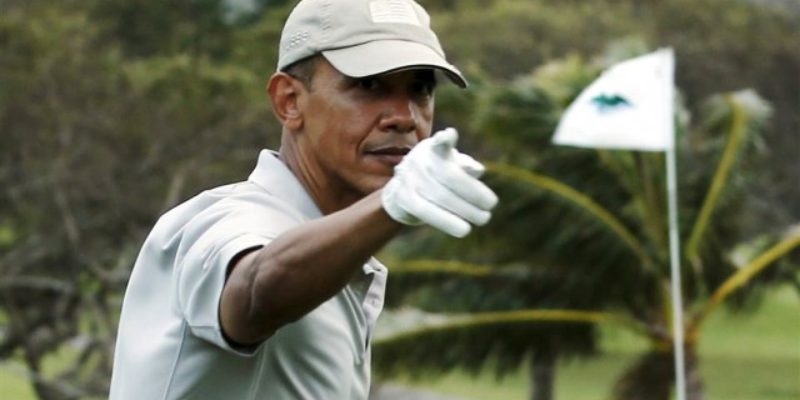 Yet again, our state has been the victim of a natural disaster beyond imaginable proportions. I spent much of this past week touring the flood zone, assessing both the physical and emotional damage forced onto our state. I met with the mayor of Denham Springs, visited the Cities of Eunice and Washington, and sat down with the heroic members of the Cajun Navy. Louisiana needs leaders to be on the ground, talk with those affected, and assist with the recovery efforts. It was a week I will never forget.

Tomorrow, President Obama will be visiting the flood zone. The timing of his trip has received much needed criticism by the members of both parties. He should have been here sooner. Rather than being a national leader uniting America behind the flood victims, our President spent the lion’s share of his time last week on vacation, playing golf on Martha’s Vineyard and even attending a fundraiser for Hillary Clinton. This was unacceptable.

I understand that the President does not need to be physically in the White House to do his job and he doesn’t need to be touring the flood zone to receive updates on the recovery process; however, the image he projected to Louisiana, and the nation as a whole, was one of apathy towards our flood victims. As The Advocate pointed out in their editorial, President Obama not only did not visit Louisiana, he did not even make a public statement of support – he left that to his Secretary of Homeland Security, his FEMA Administrator, and his press secretary.

After speaking with several local elected officials in the devastated areas, I have learned that, yet again, FEMA was slow to react. Denham Springs, which is viewed as ground zero, still had not received water from FEMA six days after the flood! If it were not for the gracious faith- and business-based communities that stepped up during this tragedy, the people of Denham Springs and many other areas would not have had access to basic necessities. If President Obama would have made it down to Louisiana by now, maybe this problem with FEMA would have been solved because he could have seen the problems first hand.

Perhaps worst of all, the President’s unwillingness to speak forcefully about the flood damage and its impact on Louisiana may have downplayed the devastation to the nation. The most powerful tool in any president’s arsenal is the power of the bully pulpit. President Obama has chosen to use the bully pulpit for causes like gun control and global warming, but when he could have rallied the nation to support victims of a natural disaster, he remained silent.

While underreported by the national media, Donald Trump and Governor Mike Pence provided that support during their visit last Friday. Rather than giving a speech, Trump and Pence delivered supplies and listened to the concerns and frustrations of flood victims.

I had the opportunity to spend some time with Trump and Pence during their visit. As Mark 10:42-45 teaches, “whoever would be great among you must be a servant.” And to that end it was clear, Trump and Pence were here to serve.

Being a national leader means more than just giving a giving a speech, a leader must also speak with and listen to people. Donald Trump and Mike Pence did this when they visited the flood zone last Friday. It is my great hope that President Obama will take heed of their example of servant leadership on his visit and be the leader that Louisiana and the nation needs at this difficult time.