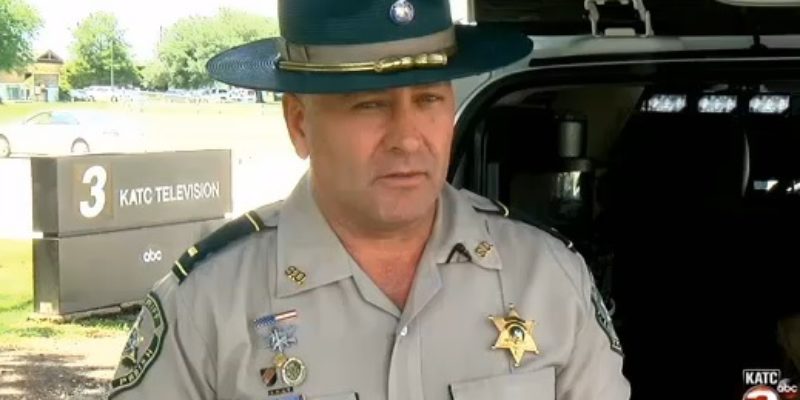 Capt. Clay Higgins, who is running for the state’s 3rd congressional seat, is outlining his policy positions that correlate mostly with GOP presidential nominee Donald Trump on issues like terrorism and immigration.

Higgins has already aligned himself as an outsider, like Trump, but now his brief details on where he stands on the issues make him even more of a Trumpian candidate.

Check out his positions here:

On federal spending: “My top priority in Congress will be balancing the federal budget. I do not support deficit spending.”

On the balance of powers: “Congress must re-assert its power over the Executive Branch. Congressman Trey Gowdy has lead that charge. He needs Patriot soldiers to help him. I am that soldier.”

On immigration: “We must secure the border by any and all means necessary. As a cop, I believe in strong, Constitutionally sound, compassionate police protection. I’m well aware of the millions of illegal immigrants in our country. We can handle this major challenge. I’m a cop. I know how to handle lawlessness.”

On terrorism and the military: “Our military must be rebuilt and ISIS should be wiped off the face of the earth, all options on the table. The deal with Iran should be ripped up. Right now we have chaos because of weakness.”

On energy independence: “I’m Pro-Energy. Oil & Gas and Coal. We must cut the onerous, destructive regulations and get Americas Oil & Gas industry back to work.”

On healthcare: “Obamacare is destroying healthcare in America. It must be repealed. The Free Market can fix the cost of medicine if the government would just get the hell out of the way.”

On welfare reform: “We need to reduce welfare entitlement and get Americans back to work. The economy will grow when productivity grows. We cannot keep printing money and giving it to able-bodied folks who do not produce.”

On race relations: “I have experience healing the rift between the Thin Blue Line and the Black community. It’s a false divide that does not reflect the true character of America. We can fix this.”