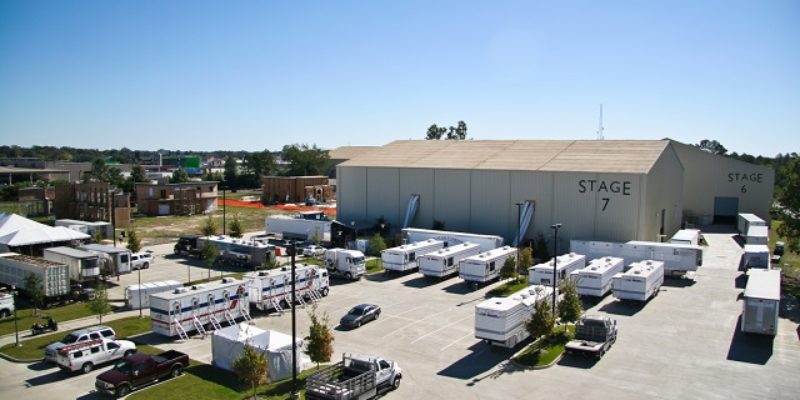 One of the better stories that has come out of the Louisiana flood is the story of ordinary Louisianians helping out their neighbors. Whether it is fishermen using their own boats to rescue survivors or people donating what they have to help the victims.

There is no bigger example of this than the Celtic Media Centre in Baton Rouge. The movie and production studio has been turned into a small town housing 2,000 evacuees and even their pets.

More than 2,000 evacuees arrived by Sunday afternoon at Baton Rouge’s Celtic Media Centre, transforming it from a movie and production studio into a shelter for those who have lost their homes in severe flooding around the parish.

But little preparation and foresight of the event has left Celtic needing a lot of assistance, according Patrick Mulhearn, the director of studio operations. Louisiana Department of Children and Family Services spokeswoman Catherine Heitman said state agencies stepped up support to the shelter later on Sunday after seeing how many people were being evacuated there.

Mulhearn said phones at Celtic have been ringing off the hook from people calling trying to find loved ones. The American Red Cross has directed people to their “safe and well” website atwww.redcross.org/safeandwell to mark themselves as safe and connect with family.

“Celtic is a small town right now and we are experiencing small town problems,” Mulhearn said. “All kinds of things, like traffic, animal control, feeding the homeless, you name it.”

The state is sending thousands of cots from Alexandria but transportation to and from Baton Rouge is difficult, at best. The sound stages they’re using to house evacuees are air conditioned, but empty.

Volunteers are sending blankets, food, and water to the shelter and have even setup a mini-hospital there. Local churches and community organizations are also sending volunteers to help out.

Meanwhile, here’s what the Celtic shelter needs right now, according to Mulhearn:

Celtic also needs volunteers to work with the children staying there.

This is another example of Louisianians helping each other without a Federal bureaucrat telling them what to do. Communities and families pull together when things are tough. The people of Louisiana are an example to the rest of the country.

Interested in more news from Louisiana? We've got you covered! See More Louisiana News
Previous Article APPEL: The Republican Collapse Of 2016
Next Article Mitch Landrieu Chosen By Other Democrat Mayors As ‘Turnaround Mayor’ For His ‘Innovation’