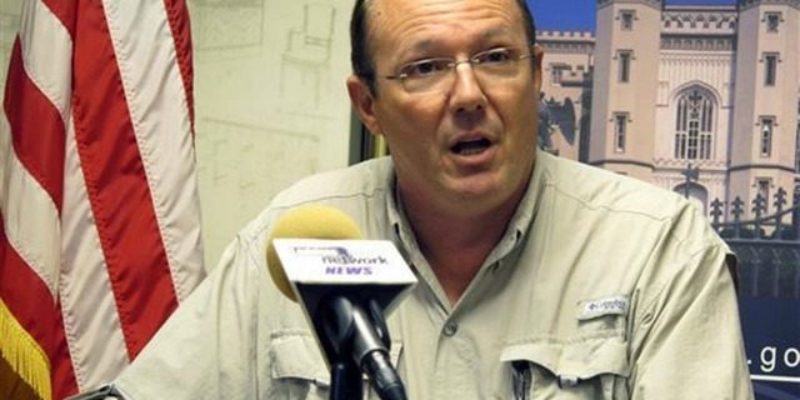 Following a Hayride report by John Binder in which he pointed out key facts in Louisiana US Senate candidate Rob Maness’ biography, where he was a non-voting member at a New Mexico organization that advocates for mass immigration, the Maness campaign went on gone on a full-fledged attack.

The Hayride report, which simply pointed out exactly what was already a part of Maness’ online biography on his website, stated that the conservative outsider did serve with a group called ‘Hispano,’ which does advocate for amnesty, free college for illegal immigrants and continued uncontrolled immigration.

However, The Hayride noted that Maness served as a non-voting member with Hispano, therefore acknowledging that he did not have influence over the platform of the organization, but was nonetheless associated with the group for a period of time.

Once released, The Hayride was expecting to get a response from Maness solely on the issue.

Instead, The Hayride received a message that attempted to defame Binder, falsely claiming that the story was somehow tied to a white-supremacist on social media. 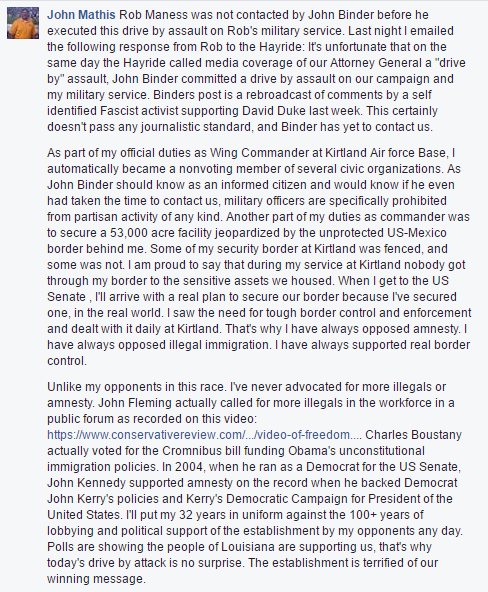 The “drive-by assault” on Maness’ military service that the Maness campaign is accusing Binder of is not only untrue, it is unfounded, as the original report clearly stated that he was a non-voting member of Hispano, but that he was associated with the group.

Those facts remains true, though Maness has cleared up his record with the organization, which was going to be included in a follow-up piece on the Hispano story.

Additionally, the Maness campaign attempted to tie Binder’s report to a pro-David Duke narrative. Once again, that is untrue and unfounded, as The Hayride has repeatedly rebuked Duke. Binder, himself, has even trashed Duke on talk radio as well.

The Hayride‘s Kevin Boyd actually reported on an instance where Maness successfully baited the easily tone-deaf Duke on Twitter into having a full-fledged meltdown.

The Hayride has been fair in the Louisiana US Senate race, though Maness’ campaign is the only one so far to go after a reporter rather than just tackle the issue.

Interested in more national news? We've got you covered! See More National News
Previous Article WAGUESPACK: Funding Choice Is A Matter of Choice
Next Article PRAGER U: Steve Forbes Gives A Lesson On Government’s Role In The Economy