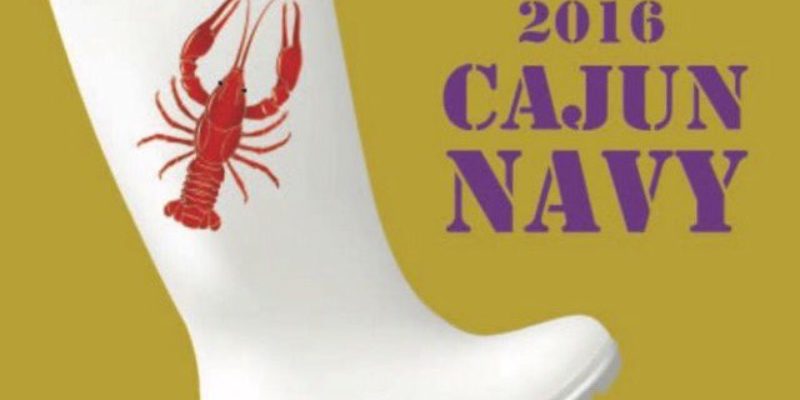 The flooding here in Louisiana is not even close to being over. So once again the heroes and volunteers of the “Cajun Navy” are at work again.

The “Cajun Navy” has even set up a Facebook group to coordinate rescue efforts.  They’re developing a pretty sophisticated operation that’s complimenting the official first responders. 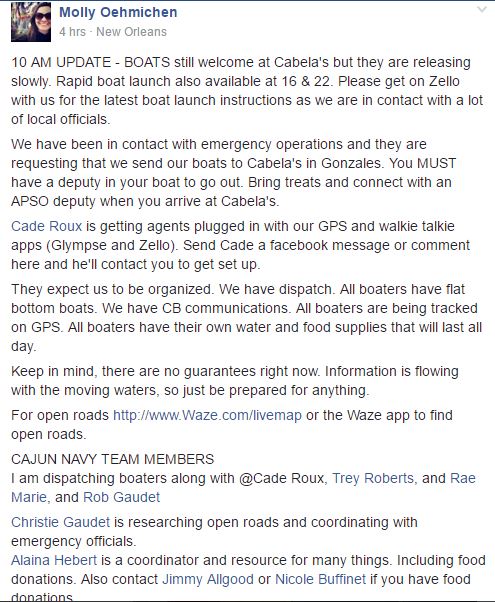 There are even several discussion threads on going where group members are dispatching boats to addresses where people are still trapped.

The people of Louisiana are still very grateful for their neighbors coming to their aid.

Watching individuals with their personal boats, the #cajunnavy, spring to action to rescue people from the flood is inspiring.

Many thanks to the #CajunNavy!!! #laflood

Thank you to all who took their own boats to assist first responders & military rescue ops. #CajunNavy #BatonRouge

11 years ago, we tried waiting for the government after Katrina. Thousands of Louisianians died as a result of that massive failure of government on all levels. We learned that we had to save and take care of ourselves as a state and people.

In this crisis, the people of Louisiana have stepped up and made their state proud.