…is how he looks.

If you’ll check out the pic above, you’ll pretty much agree – fa sho! – that he ain’t aged so gracefully. He’s kinda scary-lookin’ now.

But what’s funny about this is 25 years ago or whatever, when he was actually gettin’ people to vote for him, he didn’t really look like the Klan Grand Wizard guy everybody heard he was. He looked pretty much normal. So you had a lot of people think that maybe, since the other candidates sucked too, that they could say “screw it,” and pull a lever for the guy as a protest vote or somethin’.

Like, this is what he looked like in 1991. It’s almost a Robert Redford in The Candidate kinda look he’s got.

Right? If you didn’t know who that was and somebody asked you whether you could vote for him you wouldn’t have any reason to say “Oh no, he’s a monster.” You might figure he’s as full o’ poop as any other politician, but not that he’s Satan In A Business Suit. 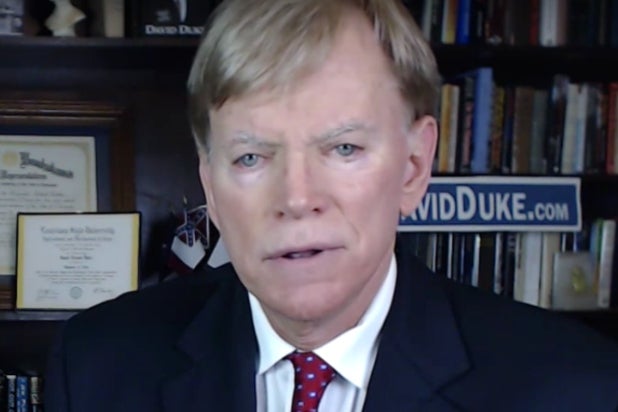 I mean, what the hell, man?

He looks like David Bowie on crystal meth. Not a good look for a dude wants to get elected.

If I had a better vocabulary I’d say this is aesthetic justice. But I don’t, so I’ll just say he’s an ugly, scary-lookin’ mo-fo. And that’s a pretty good reason why nobody oughta be worried he’s gonna get any votes.