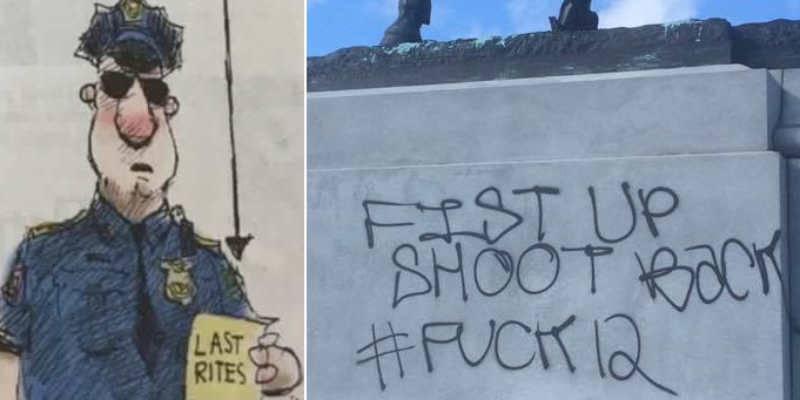 The Hayride reported earlier on the Picayune’s cartoon, which shows a racist police officer handing black Americans their “last rites.”

Check out the image that prompted an apology from the paper: 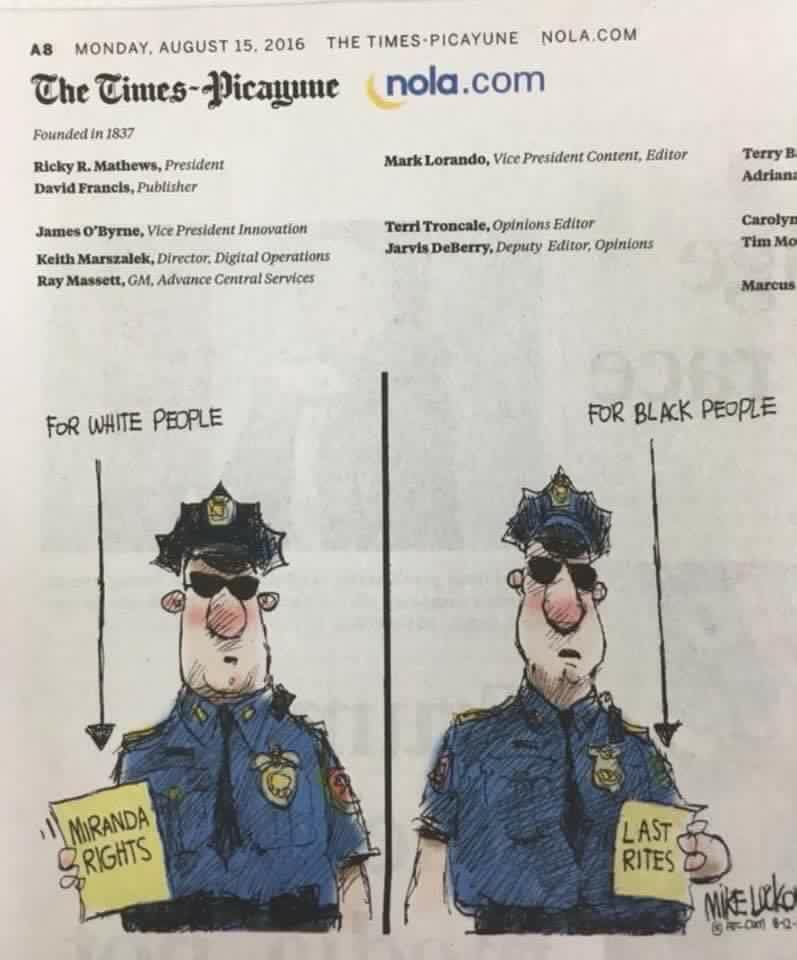 Oddly, the Times Picayune printed the cartoon just a couple days after the NOPD were threatened publicly with vandalism on the city’s PGT Beauregard monument, which read “Fist Up. Shoot Back. #F*ck12.”

“F*ck12” refers to the hashtag that BlackLivesMatter and New Black Panther Party members use when they want to celebrate the death of police officers, specifically two New York Police Department (NYPD) officers who were killed execution-style earlier in the year.

Of course, the Hayride was the only Louisiana media outlet to report the anti-police vandalism. The Times Picayune never reported the story, despite the threat being made public. 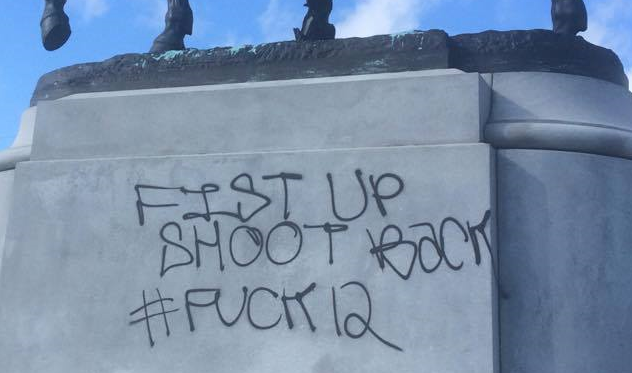 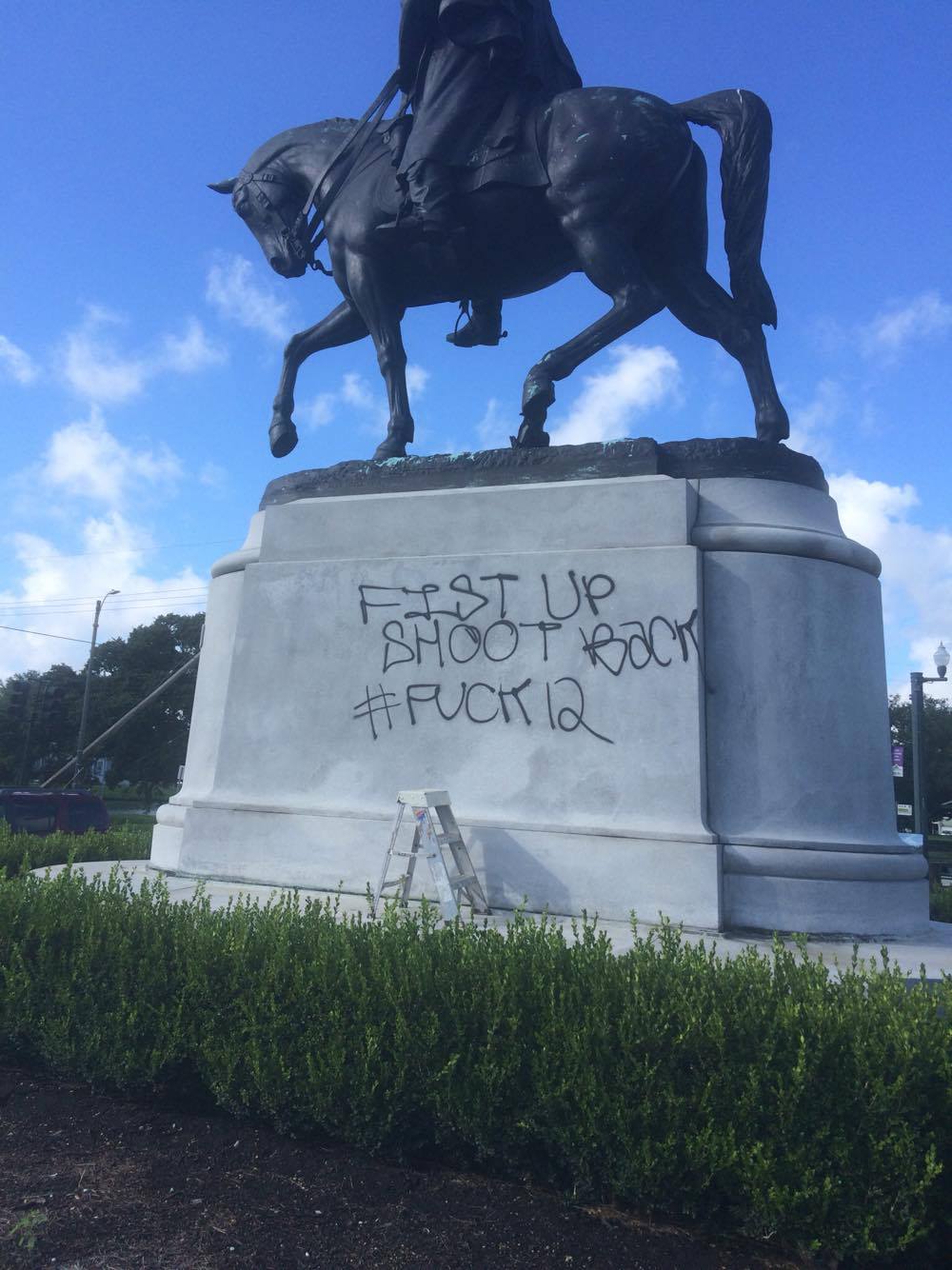 Interested in more national news? We've got you covered! See More National News
Previous Article While Baton Rouge Suffers Unprecedented Flooding, New Orleans Reaches Its 100th Murder Of The Year
Next Article Get Your UnBRoken T-Shirt, And Help Us Raise Cash For The Relief Effort!