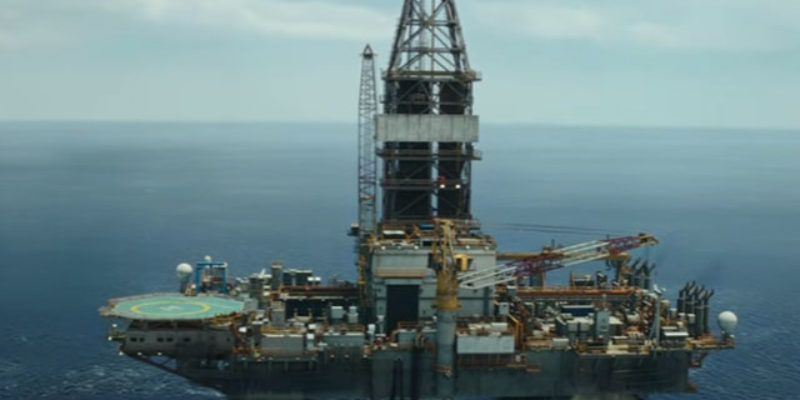 This trailer isn’t new. In fact, it was released back at the end of May. But since Deepwater Horizon, the Peter Berg-directed movie about the Macondo disaster starring Mark Wahlberg, Kate Hudson, Kurt Russell and John Malkovich is nearing its September 30 opening, and since we’re in a bit of a political dead week, we figured now would be a time to show you the trailer in case you haven’t seen it.

This is likely to be very good. Berg is on a relative hot streak these days, having directed and produced Lone Survivor with Wahlberg in the lead role a couple of years ago, and in the past few years having worked on a number of high profile projects for film and TV.

And you can’t get a more compelling story to tell than the Deepwater Horizon disaster. It has all the elements of an epic film – the confluence of nature, technology, courage, horror, tragic error and scale.

What message the film sends will be interesting. You’d expect Hollywood to take the position that drilling for oil is a terrible enterprise, but Berg isn’t your typical Hollywood leftist. He doesn’t make agenda-driven films, and the worldview expressed, particularly in his fact-based films like Lone Survivor and his 2007 action film The Kingdom, set in Saudi Arabia in the aftermath of a terror attack on Americans working there, is not the preachy liberalism the movie business is known for.

“Obviously, nobody showed up for work that day thinking this was going to happen,” Berg says of the Horizon disaster. “Nobody wanted this to happen. That doesn’t mean there weren’t people that did things that were wrong, (but) this film is not about that. We’re not a giant finger that’s going to be pointed at anyone. We are really going to look at what I believe were the salt-of-the-earth, working-class American heroes who got caught in a very dangerous and violent and horrific situation, and tried to get out of it.”

Berg told the paper the human story of getting those people off that platform amid the fiery hell it became was what was interesting to him rather than the environmental damage from the spill – and he’s struck by the lack of attention paid to that story.

That view of the disaster gives us reason to hope that Deepwater Horizon will be a worthy tribute to the 11 people who died that night in 2010, and the others who made it out alive.