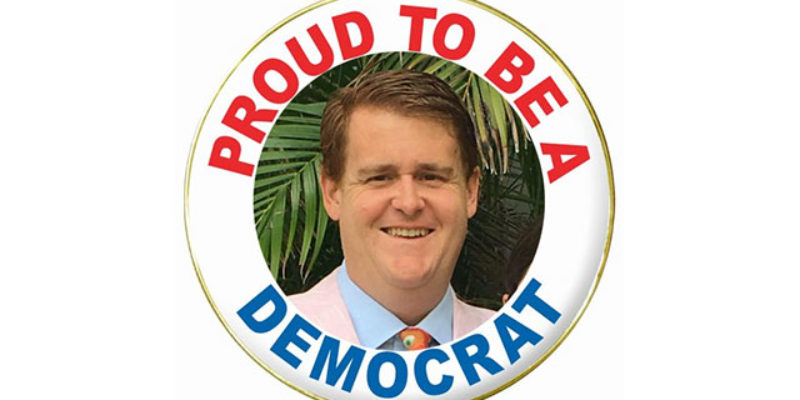 Let’s just get this warning out of the way – when we say “profanity-laced,” we’re not kidding. The clip below is definitely not safe for work.

This isn’t a brand new thing; it apparently was recorded back in July. We’re given to understand it was a reaction to something that ultimately became final earlier this month; namely, that New Orleans mayor Mitch Landrieu threw his support behind Caroline Fayard rather than Foster Campbell, who Gov. John Bel Edwards has been behind from the start, in the Louisiana Senate race.

The Democrats really can’t afford to be split among multiple candidates. Their formula for winning statewide races is the one which produced Edwards as the governor last year; run one candidate and have him fly under the radar in the primary while multiple Republicans cut each other to ribbons and produce essentially a nominee in the runoff who’s damaged, and then play on the negatives of the Republican while assuring the voters your candidate is just as conservative as he is.

That isn’t an easy formula to make work, mind you, and when it does work it tends to defeat itself in the next election – because Edwards may have run as a conservative but his first year in office has shown that was a complete lie. His approval ratings are still above water, but that’s largely due to voters perceiving he handled the Alton Sterling and south Louisiana flooding without major bumbling. Nobody really believes Edwards will be a popular governor by 2019, once his tax increases have had their full impact on the state’s already-flagging economy.

Be that as it may, what absolutely does NOT work for the Democrats is splitting their base among more than one candidate. In nearly every example where that has happened it’s produced runoffs between two Republicans – and polling indicates that could well happen this year.

If you’re in Campbell’s camp, it has to be especially frustrating to think it might happen to you – after all, your guy has been an elected official in Louisiana for a long time, he’s able to raise money to an extent most Democrats in this state can’t and he has the support of the governor. Why shouldn’t he get the whole party behind him? Why would anybody be for Fayard?

That’s more or less what Eric Foglesong, Campbell’s campaign manager, is expressing in this clip. But he’s doing it ever so colorfully – so colorfully that it’s not safe for work.

Interested in more national news? We've got you covered! See More National News
Previous Article The Battlefield, September 30, 2016: Because Obama Is In On It
Next Article Here’s Some Unsolicited Advice For Donald Trump…