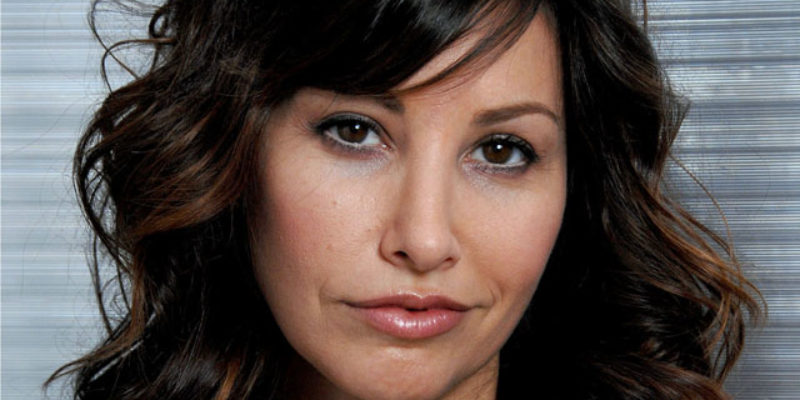 …which is that for the rest of the campaign he ought to do everything he can to play up the sexual abuse Hillary Clinton’s husband has committed over the years and make the entire campaign about little else.

That’s debatable. What is not debatable is Hillary’s reaction to what Bill has done. She’s enabled it at every step, and she’s attacked Bill’s accusers as viciously as she could.

Juanita Broaddrick, who was back in the news this week after she unleashed an incandescent Twitter storm on Chelsea Clinton for the latter’s public whining about how mean people are to her parents, offers the perfect introduction to this campaign narrative. We dealt with Broaddrick’s rape and its aftermath a little in our post about her earlier in the week, but it’s worth going back to her story to show what could be done to paint Hillary as something other than the feminist icon she purports to be.

Back in January, National Review’s Ian Tuttle wrote a piece on Broaddrick’s accusations. An excerpt…

Months after her NBC interview, Broaddrick told the Drudge Report that the wife of the gubernatorial candidate made a point of meeting her at a Clinton campaign event just two weeks after the alleged assault.

She came directly to me as soon as she hit the door. I had been there only a few minutes, I only wanted to make an appearance and leave. She caught me and took my hand and said: “I am so happy to meet you. I want you to know that we appreciate everything you do for Bill.” I started to turn away and she held onto my hand and reiterated her phrase — looking less friendly and repeated her statement — “Everything you do for Bill.” I said nothing. She wasn’t letting me get away until she made her point. She talked low, the smile faded on the second thank you. I just released her hand from mine and left the gathering.

Broaddrick had related the episode to NBC, but it had been nixed in the cutting room. In 2003, in an interview with Fox News’s Sean Hannity, Broaddrick repeated the story, adding: “I could have passed out at that moment. . . . Cold chills went up my spine. That’s the first time I became afraid of that woman.”

So if the Trump campaign were to take what Hillary gave them – namely, creating the issue of who’s treated women worse over the years – and run with it, it’s not like Hillary can complain.

Starting with that exceptionally-creepy “Everything you do for Bill” business with Juanita Broaddrick, which ought to send a chill up the spine of every female voter in America.

But there’s more. Also this week was a Washington Post piece about this precise subject, and in it was a famous tidbit surrounding Hillary’s treatment of Gennifer Flowers – the woman with whom Bill carried on an affair lasting more than a decade…

“I think, by then [Bill’s presidential run], Hillary had a very good notion of Bill’s behavior,” said her longtime friend Nancy Pietrafesa. “Maybe she endured it, but I don’t think she condoned it.”

Nevertheless, Hillary Clinton dismissed an accusation made by Gennifer Flowers, the singer who sold her story to a supermarket tabloid after having previously denied an affair. In an ABC News interview, she called Flowers “some failed cabaret singer who doesn’t even have much of a résumé to fall back on.” She told Esquire magazine in 1992 that if she had the chance to cross-examine Flowers, “I mean, I would crucify her.”

Most wives who’ve been cheated on aren’t all that interested in cross-examining the other woman. Scratching her eyes out, yes. “Crucify her” in a cross-examination? That’s a bit of an unusual instinct.

And just in case anyone were to say “Yes, but that’s old news,” no it isn’t.

Hillary Clinton’s campaign has been reluctant to use her scandal-scarred hubby on the campaign trail due to his multiple rumored affairs, a new report says.

A book by author Joe Conason reveals the constant concern Clinton advisers had about the former president and lists the names of his rumored lovers,according to The Daily Mail.

“Much more troubling to Hillary and her closest associates [than health concerns] was the constant chatter concerning her husband’s alleged extramarital romances,” reads an excerpt from the book obtained by the Mail.

Some of the women whom Conasen names as Bill’s rumored lovers are Belinda Stronach, a former Canadian politician; Julie Tauber McMahon, who was dubbed “The Energizer” by the Secret Service; and actress Gina Gershon, who has been seen in photographs with Bill.

Gina Gershon? Really? Wasn’t she the mean dancer in Showgirls? When did we miss that?

The Clinton camp knows this is coming, and it’s trying out messaging in an attempt to ward it off. But it’s a bit apparent they haven’t found what they’re looking for.

Brian Fallon, Clinton’s campaign spokesman, said this in a statement earlier in the week: “After his disastrous debate performance and his sexist attack on a former Miss Universe over her weight, Donald Trump is now trying to deflect by going after Hillary Clinton about her marriage.

“While Trump and lieutenants like Roger Stone and David Bossie may want to dredge up failed attacks from the 1990s, as many Republicans have warned, this is a mistake that is going to backfire. He can try to distract from his demeaning comments against women, but if Donald Trump thinks these attacks against Hillary Clinton are going to throw her off her game and what matters to move this country forward, he is wrong.”

That’s a bit weak, no? The fact Hillary enabled Bill to misbehave sexually – with Broaddrick, with Flowers, with Elizabeth Gracen, with Kathleen Willey, with Paula Jones and ultimately with Monica Lewinsky – and in so many cases her reaction to the episodes involving them was to protect him politically, isn’t important but Trump saying mean things and fat-shaming a Venezuelan ex-employee with criminal tendencies is?

She opened this door. If Trump’s campaign is ruthless and articulate enough to walk through it, every female voter in America would have to swallow hard before pulling a lever for Hillary – no matter how much they might hate The Donald.