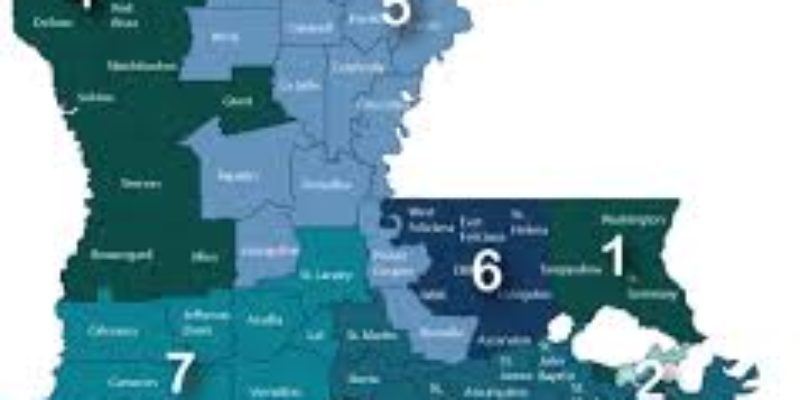 Louisiana Congressional District 4 should brace for change in January. The seat, which spans from Minden to Opelousas, hosts the most diverse culture array of any Louisiana district. The southern tail of the district sits in Catholic-dominated Acadiana (southwest Louisiana), while the northern section sits in predominately Baptist Northwest Louisiana.

Congressman John Fleming (R-Minden) currently holds the seat, which a Republican has occupied since 1988 (BayouBuzz.com). Fleming, a Mississippi native and Ole Miss Graduate, is typical “North Louisiana.” He’s gentle, conservative, Baptist and Republican. Since Congressman Fleming announced his candidacy for United States Senate earlier this year the seat is open.

Former State Senator Elbert Guillory (R-Opelousas) hopes to replace Fleming. Guillory is an Acadiana native. He’s Cajun and Catholic, and unlike Fleming, the epitome of Southwest Louisiana. Guillory represented Opelousas as a Louisiana Representative and Senator, finishing his run as a state legislator with the 2015 regular legislative session. An unsuccessful Lieutenant Governor run followed his time in the state legislature.

Guillory’s stiffest competition is State Representative Mike Johnson (R-Bossier City). Johnson authored the Freedom of Religion bill in 2015, which failed with a 10-2 vote in a house legal committee (Fox News Opinion). Former Governor Bobby Jindal, however, used executive action to enforce the substance of the bill – until current governor John Bel Edwards rescinded the order. The deeply Republican electorate in Louisiana generally approved of the bill, unlike the Republican-dominated legislature. Johnson also holds strong popularity in his district. He resembles Fleming in many of his conservative social stances, being pro-life, pro-traditional marriage, pro-2nd Amendment and pro-school choice.

Guillory also faces: Trey Baucum, a Shreveport-based surgeon; Shreveport City Councilman Oliver Jenkins and Shreveport attorney Rick John. One Democrat, Marshall Jones (D-Shreveport), sits on the ballot. Guillory is the only candidate from the southern tail of the district.

Many question whether Guillory has a chance facing so many other Republicans in such a conservative district. Ballotpedia calls the race with a safe Republican advantage, which is good news for Guillory. He also locks up the Acadiana region of the district, which is more good news.

He is quite popular the 24th State Senate District. He served as a State Senator from May 2009-January 2016 in the heavily Democratic area. In fact, both his predecessor and his successor are Democrats. Guillory’s appeal to both whites and African Americans, along with both Democrats and Republicans is a leg-up on Johnson, who appeals heavily to the white middle-class electorate. Guillory himself is African American and Creole, which appeals to pragmatic voters who may not be as conservative as Johnson.

However, Guillory faces a few challenges as well. First, he is not well-known in North Louisiana, especially against Mike Johnson’s very popular name. Guillory also has questionable party loyalty. A Republican until 2007, he switched to Democrat in 2007 to run for a Louisiana House seat in district 40, which is heavily Democratic. He switched back to Republican in 2013 during the regular legislative session. However, while Guillory switched parties several times, he has a consistent conservative legislative voting record (https://votesmart.org/candidate/key-votes/75837/elbert-guillory#.V9r4xjvhiHo)/).

Guillory has also been married and divorced four times. This is not a good look when running in a Baptist conservative district. Johnson, on the other hand has awards from the Louisiana Family Forum for extremely pro-family stances. However, Guillory represents a dense Catholic population, which is vehemently anti-divorce; his record never handicapped him previously.

Acadiana is a strong advantage to Guillory. Typically, Acadiana voters stay loyal to their own. Scott Angelle (R-Lafayette), ran an entire gubernatorial campaign with the slogan, “Vote for the Cajun.” Acadiana also tied their loyalty to Jeff Landry’s (R-New Iberia) sweep of the southwestern region during both the primary and runoff in the Attorney General’s race.

Money is another issue. According to the FEC, Johnson has approximately $150,000 more than Guillory as of July 7. This gap determines who has more commercials, flyers, interns and quality staffers. All of these factors contribute to name recognition and, in return, attacks on the other candidate. Money is a huge factor in campaigns; so far, Johnson has an extreme advantage here. With only two months until the election, Guillory’s chances of raking in more income are slim, but not impossible.

Ultimately, this election is a showdown between Guillory and Johnson. Johnson holds the northern bulk of the district, while Guillory holds the southern tail. Both candidates outshine their opponents with popularity and credibility. Now Johnson and Guillory must focus on outshining each other.

Interested in more national news? We've got you covered! See More National News
Previous Article Fleming in First
Next Article WAGUESPACK: Sue Or Get Out Of The Way